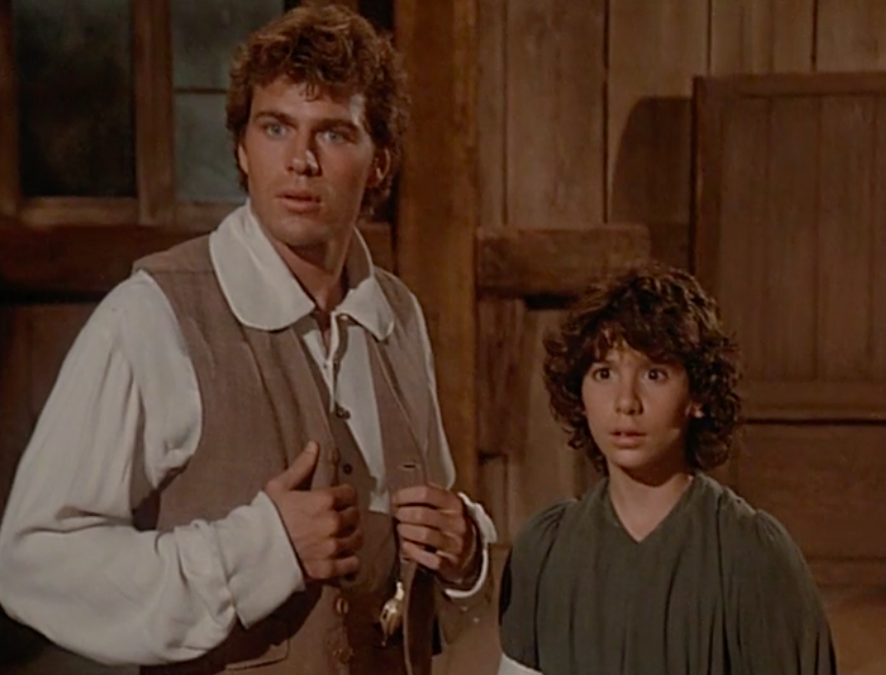 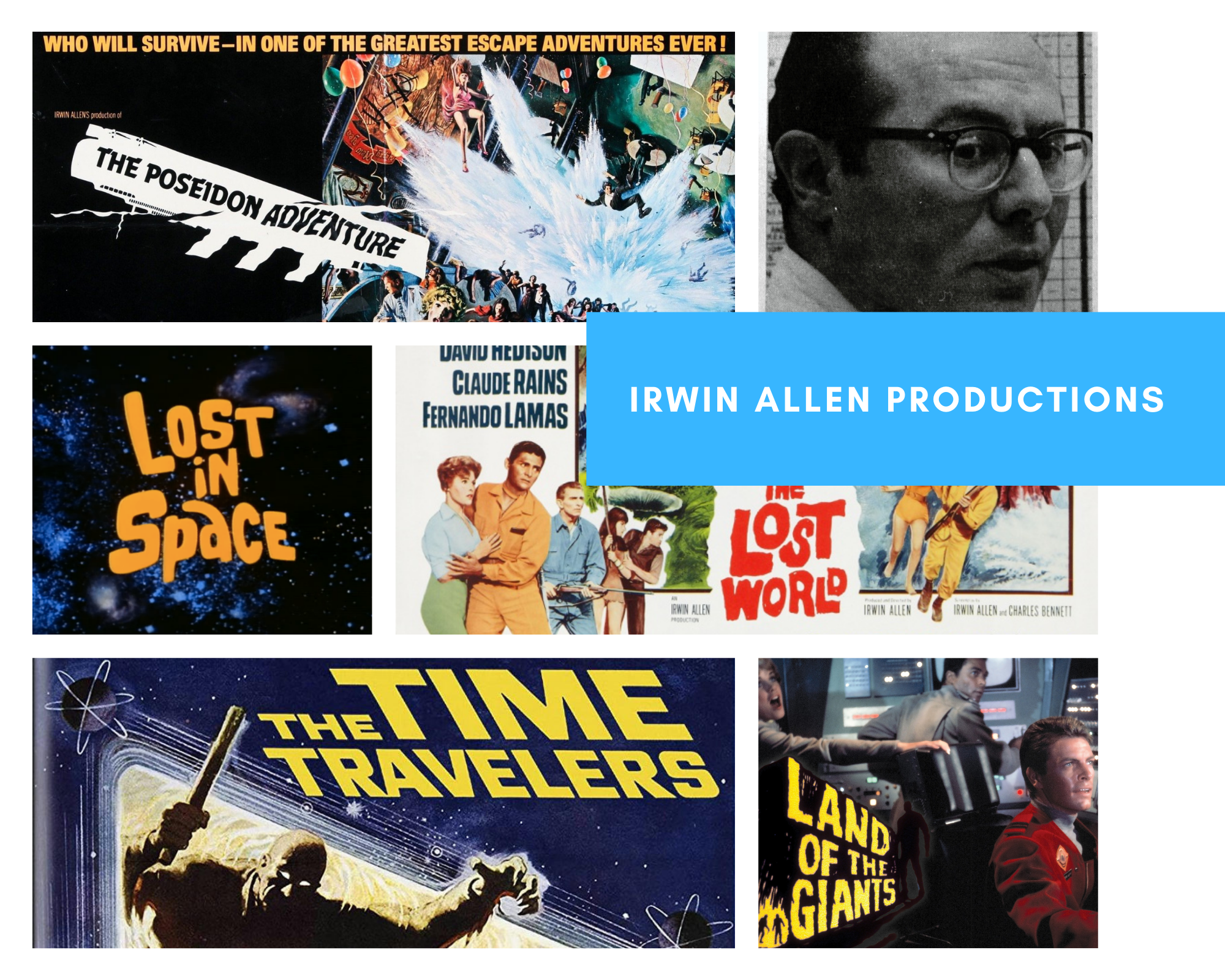 In 1982, Irwin Allen, a legendary science-fiction director, and producer who’d created The Time Tunnel (1966), had wanted to produce a new show called Time Project. The plot revolved around time-travelers desiring to solve the energy crisis. Lt. Col Redman and Dr. Lucas Royce use the time-machine “Kronos” to jump ahead a million years into the future. They meet Omega, the Master of time, and travel back to 1896. They have a prime directive. “Under no condition may you ever tamper with the past.”

Allen said, “We wanted to evoke the spirit of The Time Tunnel yet must acknowledge the sophistication of today’s audiences.”

Time Project never made it past the storyboard stage after NBC canceled Voyagers! (1982). It was too risky to air another time-travel show. NBC wouldn’t produce a series with the concept until six years later.

Leaping From Life to Life 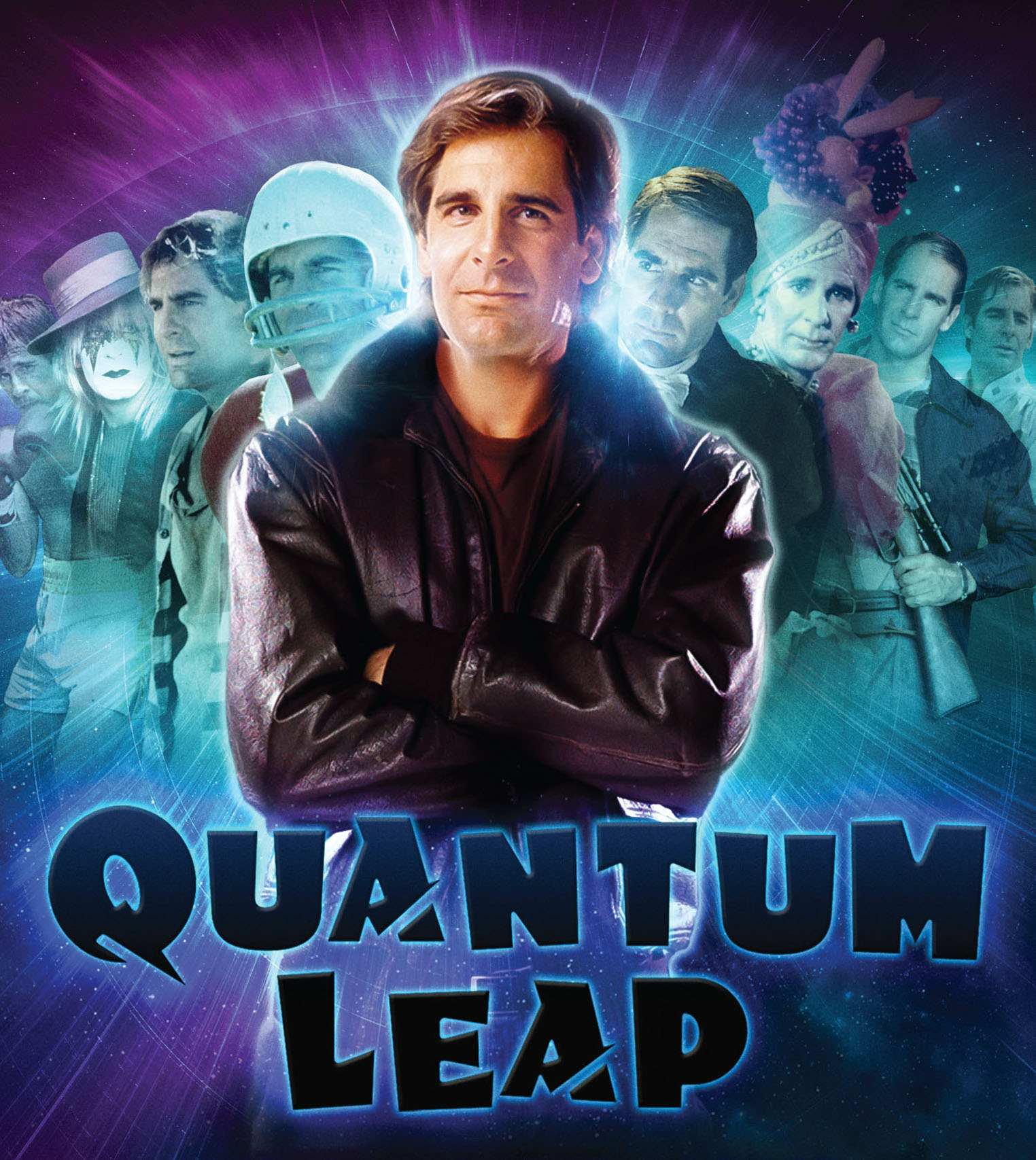 When NBC aired Quantum Leap (1989), fans eventually noticed shades of Voyagers! (1982) in the plot. Both shows revolved around an attractive, good-hearted time-traveler that had a way with women and a lot of help and support from his know-it-all, smart-aleck, partner, and best friend. Unlike the historically inept Phineas Bogg, Dr. Sam Beckett was a genius and invented his time-machine. Admiral Al Calavicci wasn’t physically with Sam on his adventures like Jeffrey Jones with Bogg. Al appeared to Sam in the image of a hologram projected from Sam’s original time-line. 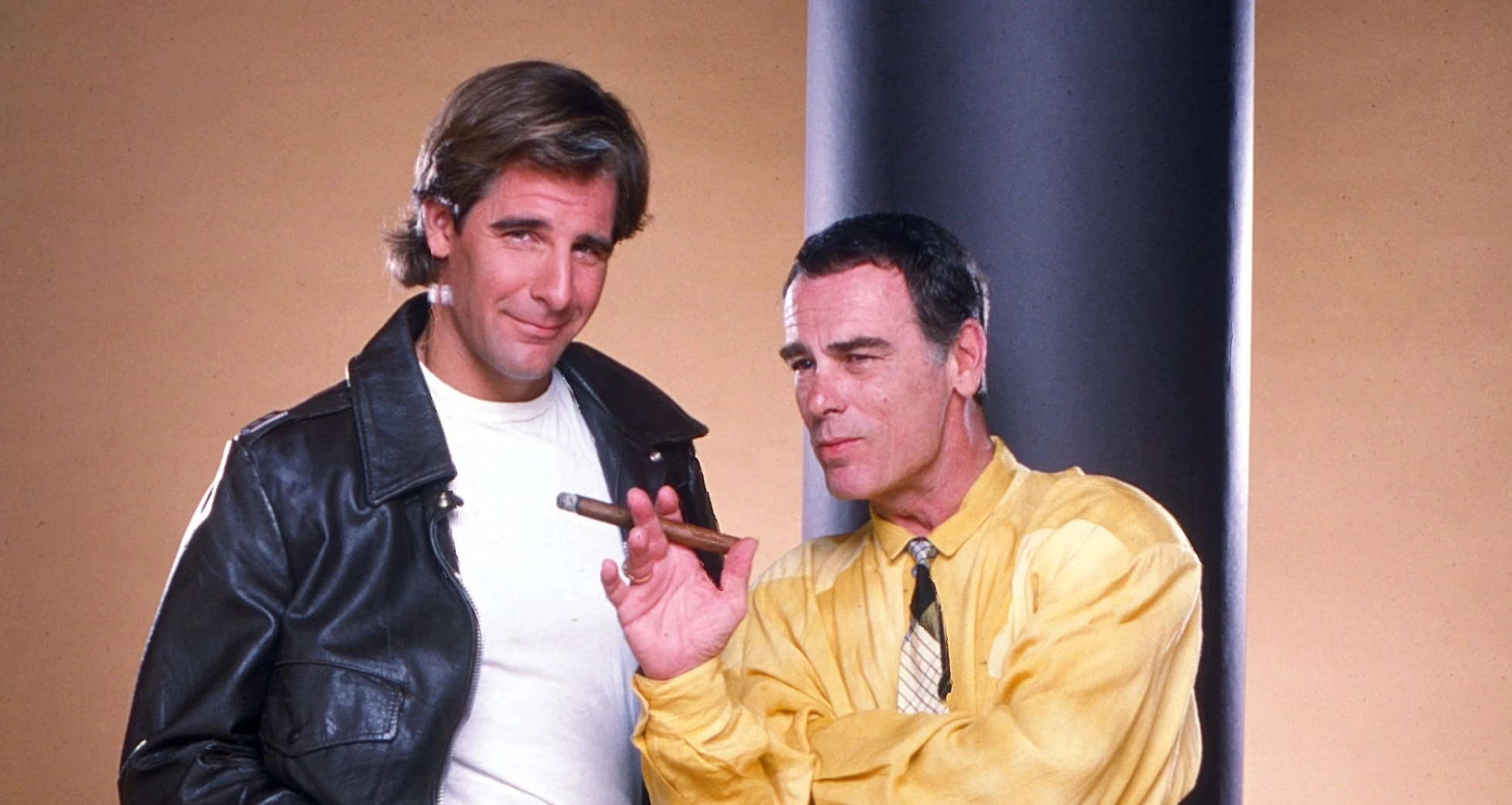 To prove his theory on time-travel within one’s lifetime, Dr. Sam Beckett built the Quantum Leap accelerator and a super-computer named “Ziggy.” He makes himself the first test subject.

A hand-link was connected to Ziggy and used by Al. Its final form was like a colorful, electronic stand-in for the Voyager’s Guidebook. It rarely worked properly, is nothing but a series of tiny lights, (Morse code?) but still gave Al and Sam pertinent information, history, and predicted outcomes.

Quantum Leap (1989) presented a unique idea by having Sam “leap” into another person. Most people only saw a projected aura of the person he’d leaped into. The person he inhabited was sent to the future and kept safe in the imaging chamber. They projected Sam’s aura. Only small children, animals, and those with unusual brain wave patterns, such as genuine Psychics, could see the real Sam and Al’s hologram. Sam’s leaping often gave him a “Swiss-cheese” memory of his own life and historical events. Al filled in the blanks to help him recall it to mind and save the day. 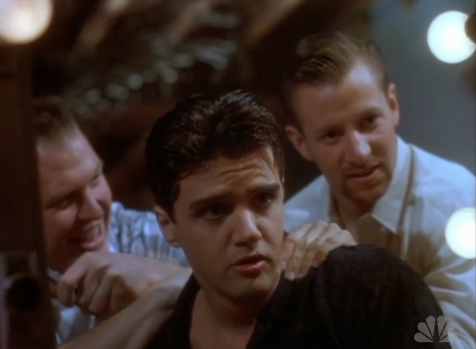 Quantum Leap (1989) lasted five seasons and resonated with viewers by delving into regular people’s personal histories and a smattering of famous ones such as Elvis Presley and Marilyn Monroe. 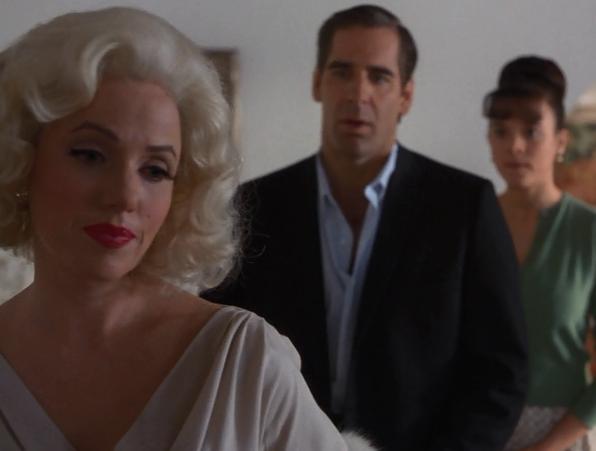 Historical events were usually secondary to the plot and occasionally bolstered the setting and themes of the episode. Stories targeted social issues such as racism, culture-clashes, feminism, psychopathology, and sexuality. Tragedies also occurred in Sam and Al’s personal timelines that needed mending.

Quantum Leap (1989) developed more spiritual themes after “Evil Leapers” were introduced. In the end, Sam fully realizes that his “leaping” was a calling. He’d always had the power to leap home, but a driving force for good guided him along to change people’s lives for the better. 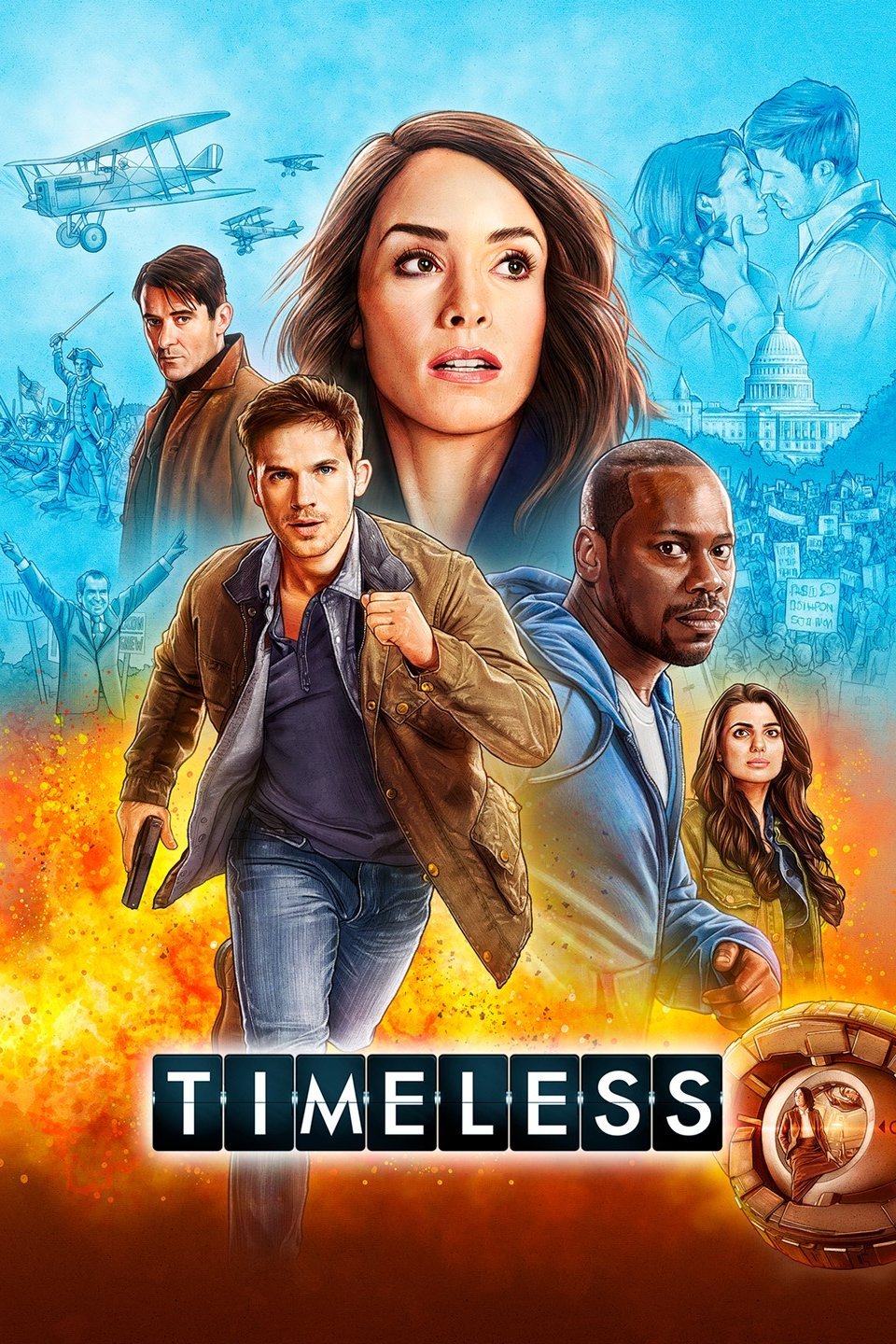 When a state-of-the-art time machine is stolen, America’s history slowly unravels. An unlikely trio must correct the timelines. 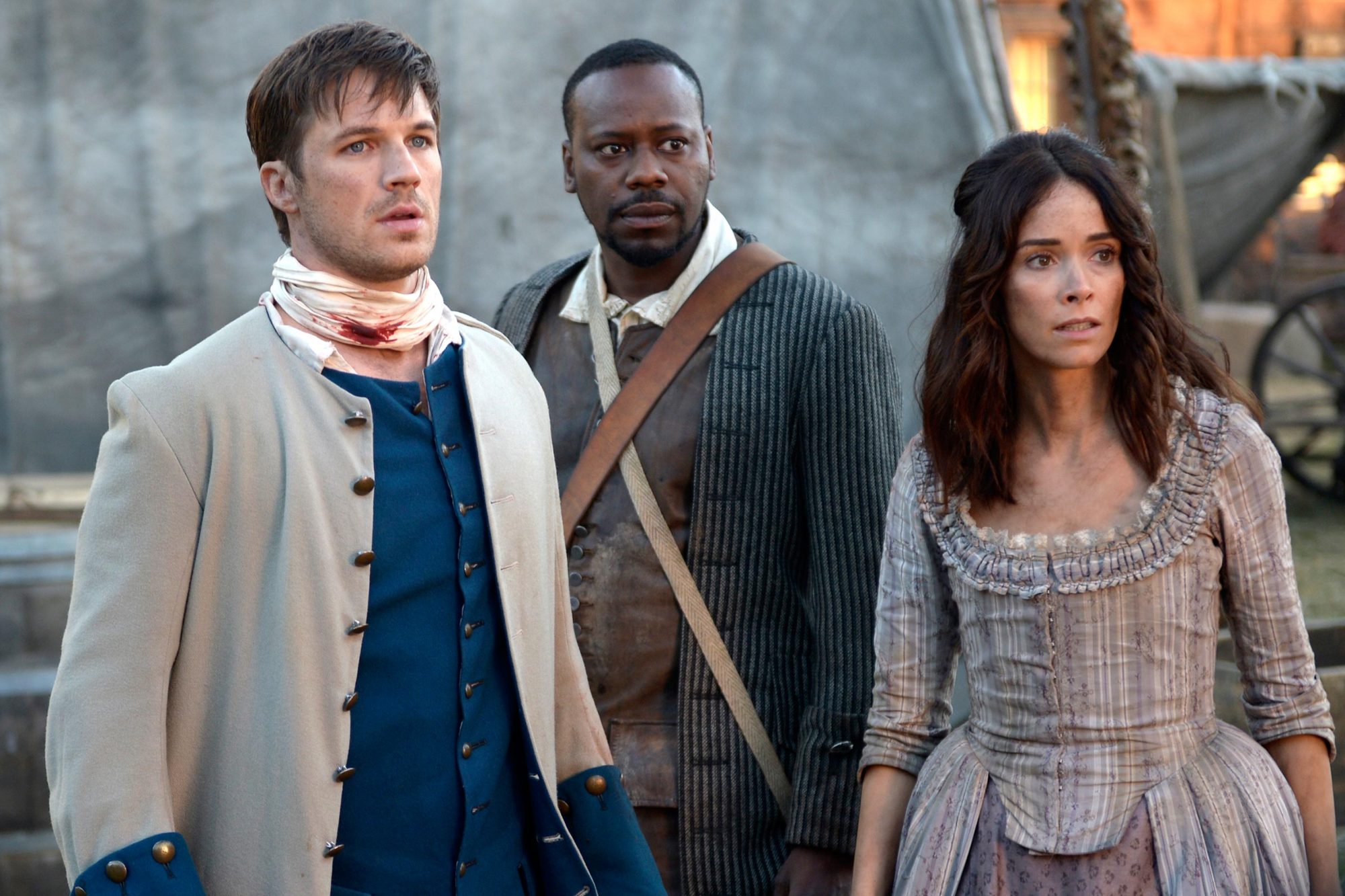 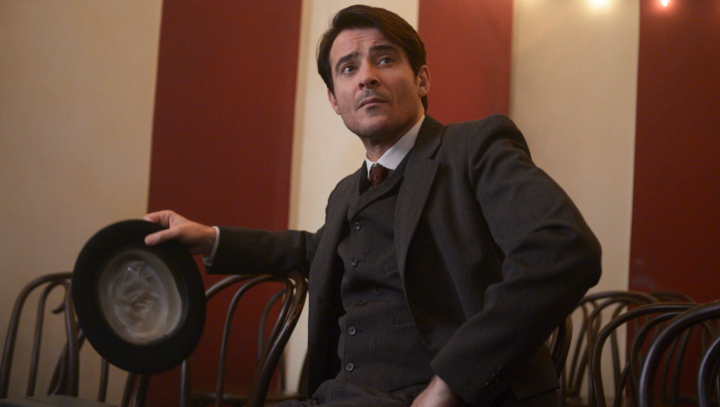 The thief, criminal mastermind, Garcia Flynn (Goran Visnjic), uses a future guidebook diary written by Lucy to stop the sinister Rittenhouse organization from gaining power in the future and killing his family. The black leather-bound book resembles Bogg’s Voyager Guidebook, just without the ‘V’ symbol. Lucy’s initials are stamped in gold on the bottom right, Bogg’s full name in gold is on the bottom right of his. 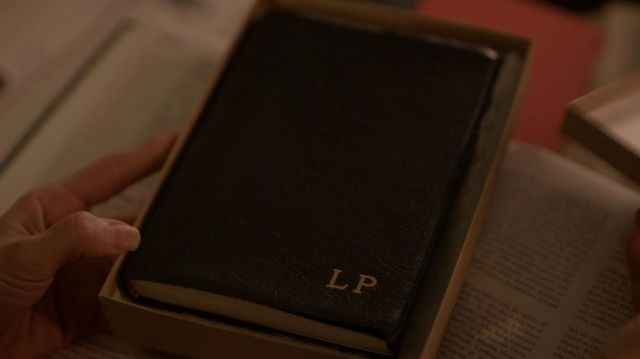 Many of the Timeless (2016) trio’s adventures took place in the same time-zones that Bogg and Jeffrey visited. It’s a wonder they all didn’t meet up! A number of the historical events and people were lifted straight from episodes of Voyagers! (1982).

In Season 1, ep. 2, they meet Abraham Lincoln on the night of his assasination. In season 1 ep. 4 they deal with Nazis and spies, and in ep. 5 they fight in the Alamo (A story that did not get produced for Voyagers! (1982) but has a full written script.) The 8th ep. involves the Apollo 11 mission and the race for space, just like the Voyagers! (1982) episode “Pursuit,” (which also had Nazis … and spies!) 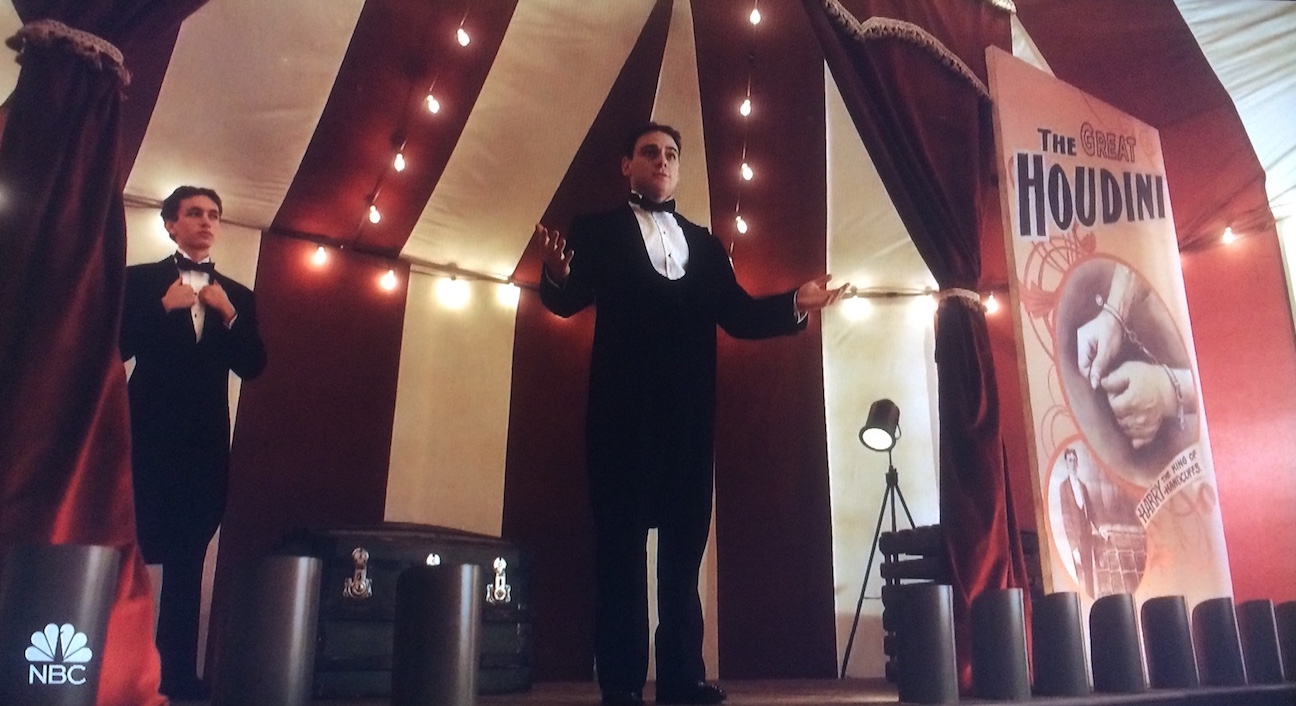 In ep. 11 Harry Houdini helps kidnapped time-traveler Lucy. In ep. 14 they find themselves in Paris on the day Charles Lindbergh completes his Trans-Atlantic flight. 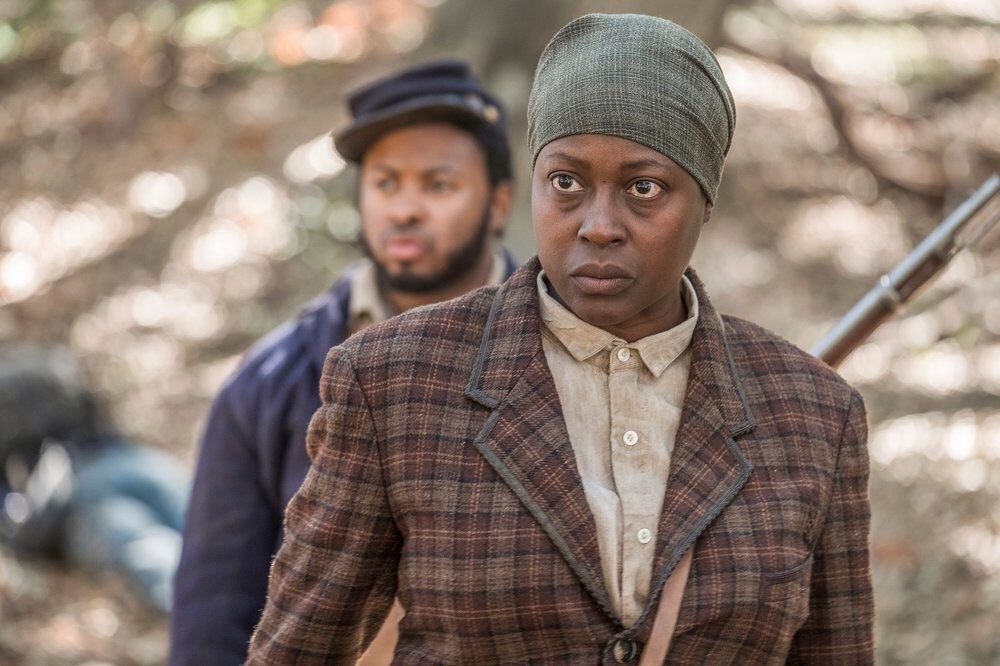 In season 2, ep. 9 they team up with Union Spy and military leader Harriet Tubman. The Voyagers met Harriett in her youth, just before she became a powerful freedom fighter.

Timeless (2016) Showrunner Eric Kripke spoke highly of Voyagers! (1982) influence on him in various interviews. He truly WAS inspired!

Eric Kripke told KSiteTV – “I loved that show when I was a kid. What I loved about Voyagers! Was that they traveled through a different time period pretty much every episode. And they had a drive to really try to get some history into the show. Like they would be on the Titanic, and then they would meet Thomas Edison, which always struck me. To be able to do sort of a modern, sophisticated, edgier version of the show brings me great pleasure.”

Eric Kripke also discussed Voyagers! (1982) with Community Voices – “As much as any other influence, my goal walking into this was, ‘Let’s make another version of ‘Voyagers.’ I can never bring it up because no one’s ever seen the show, but I so loved it. They’d go to different time periods and have adventures, and it was fun and a tone that was so swashbuckling, and I really loved that. In my own way as ‘Supernatural’ was a modern, sophisticated antecedent of ‘Dukes of Hazard’ and ‘Knight Rider,’ for me ‘Timeless’ is that modern, sophisticated version of ‘Voyagers.’ ” 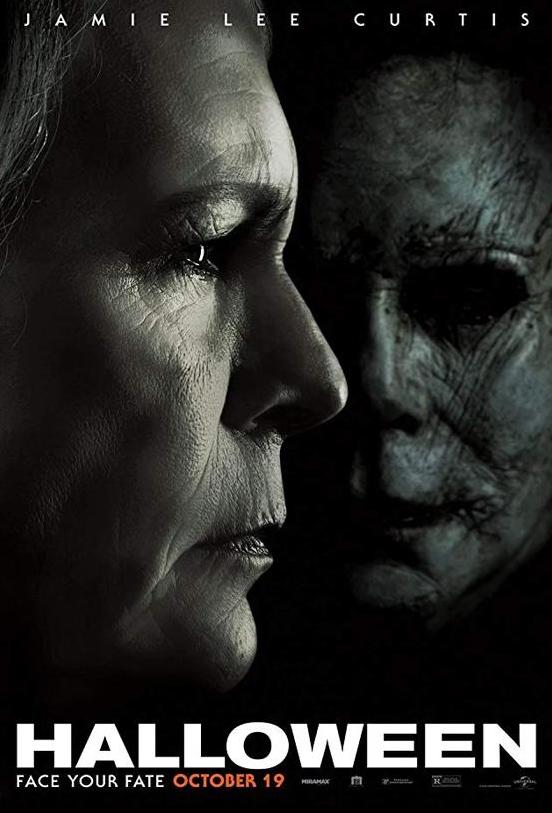 Halloween (2018) disregarded all its other horror sequels by taking off forty-years after the original movie, Halloween (1978), ended. Serial killer Michael Meyers had been permanently locked away until he breaks out during a transfer to a maximum-security prison and wreaks havoc on the town of Haddonfield again. The 2018 film shows what became of survivor Laurie Strode and how she obsessively prepared for Michael’s return to protect her granddaughter. A sequel was released in 2021.

Unfortunately, the Voyagers don’t show up to save the day. Bogg and Jeffrey make a three-second cameo appearance on a victim’s TV set as Michael creeps in for a kill. The quick snippet shows the Voyagers landing on a table during a séance attended by Harry Houdini. 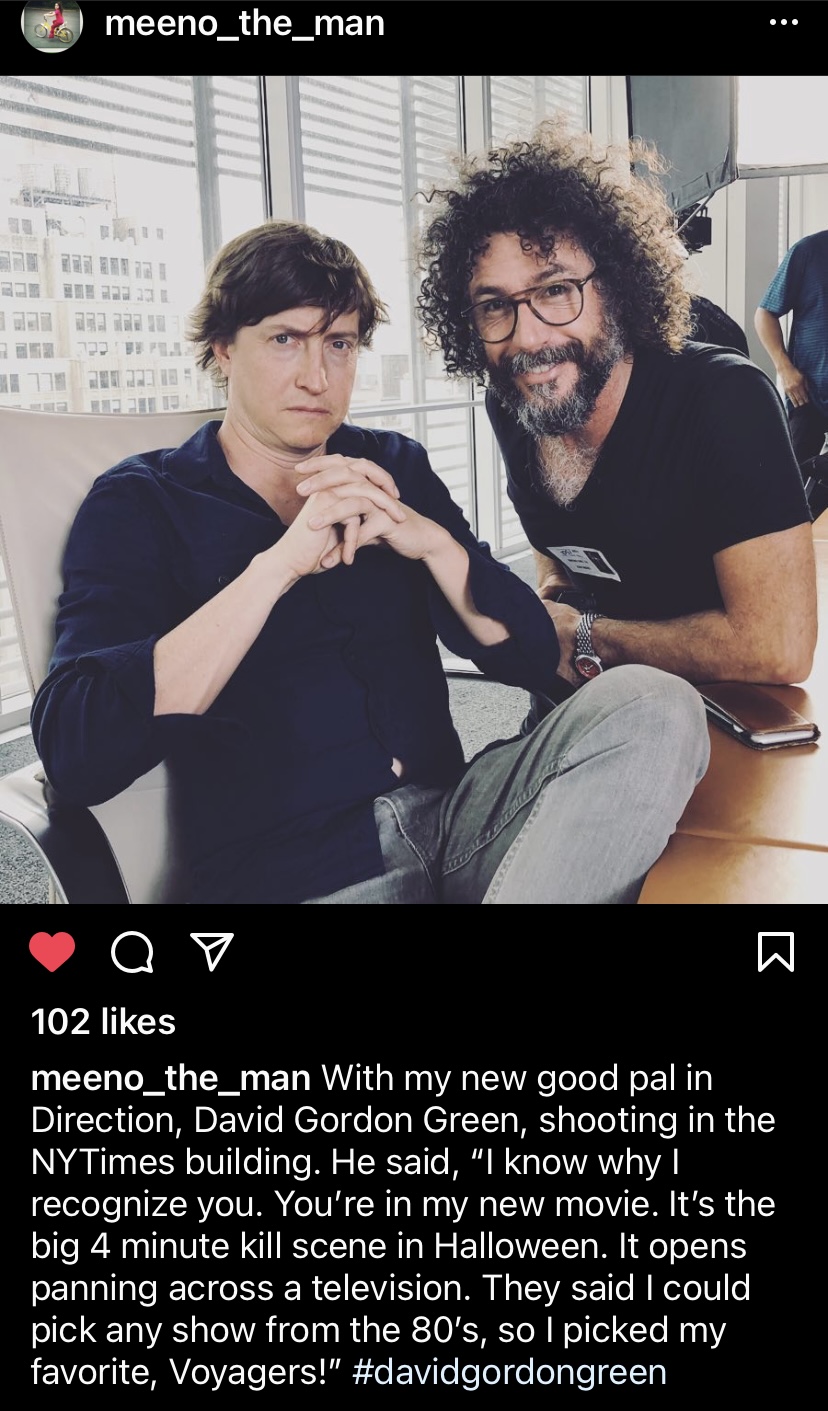 Director and writer David Gordon Green publicly stated on Meeno Peluce’s Instagram that he had his pick of any 80s TV show for the scene and Voyagers! (1982) was his favorite as a child.

The episode “Agents of Satan,” was a fitting choice as it aired on Halloween night, October 31, 1982. 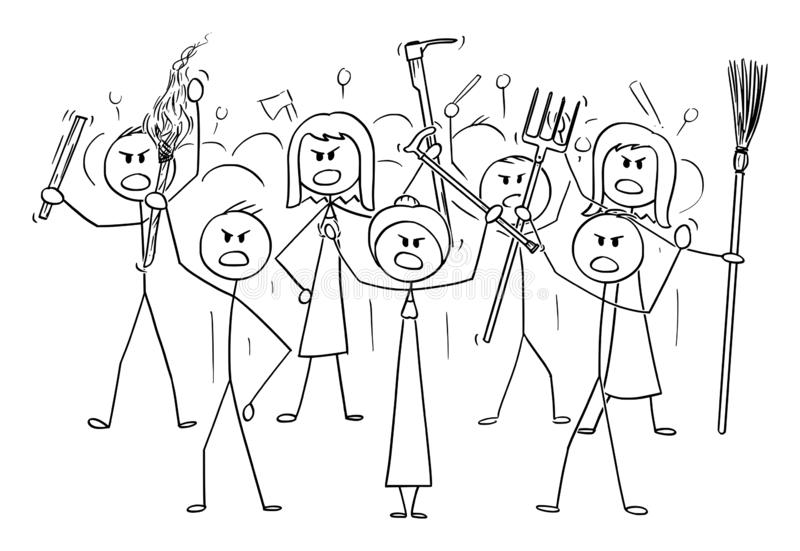 The Internet and social media have invoked the best and worst in fans by giving them forums to share their love or displeasure for just about anything. TV and movie Fans online wield a mighty influence that can alter productions, scripts, and casting with petitions and calls to action. Some actors and content creators reveal true colors and intentions online to the fan’s dismay. In contrast, others are unreasonably harassed and criticized at every turn.

Network and production companies today pump millions into their presentations. In recent years, before the “Coof” pandemic caused a massive Hollywood shutdown, Hollywood saw viewership and ticket sales plummet. There are several reasons, but in the case of “art reflecting life,” current movies and television series are infused with divisive and political propaganda that panders to specific groups and splits fandoms. Hollywood continues to release inferior, agenda-driven remakes, reboots, and revivals of beloved movie and TV show franchises. The current crop of writers and producers are failing to capture the former magic and quality story-telling.

Is it any wonder there’s an ongoing “Retro Renaissance?” As it comes to pass with every generation, the aging members of Generation-X and older Millennials are pining for their own “good old days” of entertainment from the ’70s, ’80s, and ’90s. In a surprising turn, the youths of Generation-Z (those born between 1995-2010) are “time-traveling” in droves. They enjoy entertainment from the past 50 years while wishing they were alive to experience the movies, TV shows, and music first-hand. At the end of the day, “to each his own,” and as a popular online meme says, “Shh … let people enjoy things.”

Perhaps it’s best that Voyagers! (1982) stays in its own time-zone. Fans often remark that the portrayals of Phineas Bogg and Jeffrey Jones and the chemistry between the actors have impressed on their hearts. They find it hard to imagine anyone else in the roles. Voyagers! (1982) only lasted 20 episodes. The fans enjoy belonging in a niche group without the strife and flame wars that erupt and sour everybody’s experience. In 2009 Voyagers Guidebook interviewed Debbie Sheldon (Right) from the Meeno Peluce Fan Club. She glowed about what the Internet had done for the fandom up until that point.

“Wow! What we could have done with the MPFC twenty-five years ago if we had the Internet. I can only imagine (and I have quite an imagination!), but what the Voyagers Guidebook website and Jon-Erik’s Fan Club site are doing today is a real indication. However, I think a lot more work goes into this website than what was needed simply to handle a Fan Club. I think the revival is wonderful.

I am stunned at the interest in these sites, and at the attention they are getting from both old and new fans. Parents and adults who watched Voyagers! (1982) can bring not only the show but everything about the show to a new generation when there is little for this generation that is wholesome, decent, and teaches good values. Perhaps that’s one reason the revival is so popular. It is an oasis in the vast wasteland of TV and the Internet.” 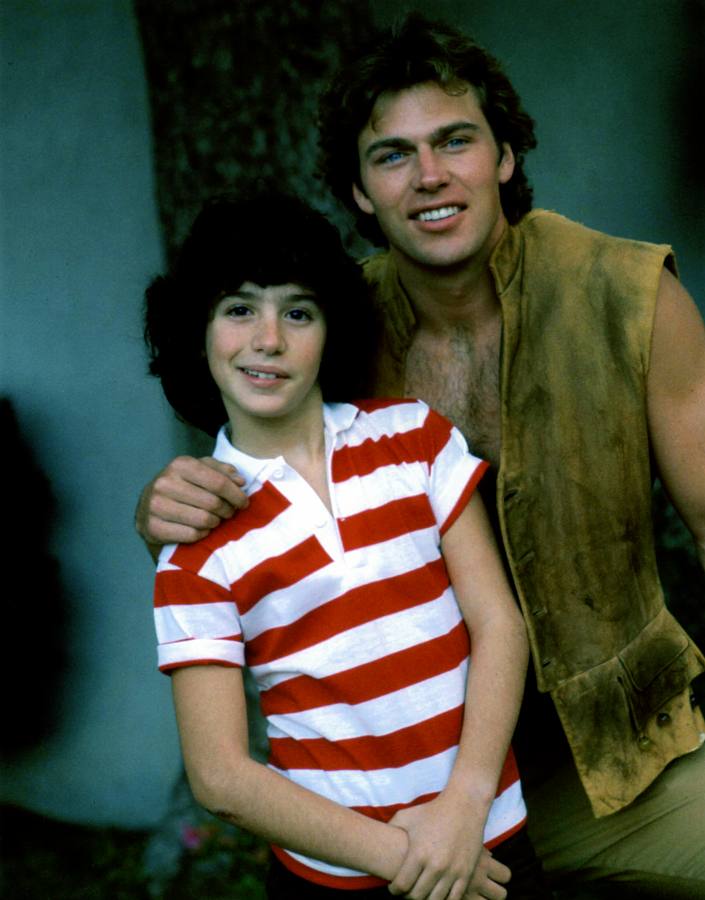 A quote from writer Jon Strauss encompasses the fandom’s love for Voyagers! (1982).

“Arguably the greatest time-travel series ever. The series was co-produced by Scholastic Productions and is a marvelous educational tool that many teachers have used in their classrooms. The series was a golden opportunity for teachers and parents to encourage reading, an interest in history and historical characters, and the idea that a thinking child is of real value. It compellingly presented the idea that information acquired by attention in school can be useful and valuable. A show this good may never be seen again.”

If only Omnis were real. Despite its early cancellation, in many ways, Voyagers! (1982) was indeed lightning in a bottle.