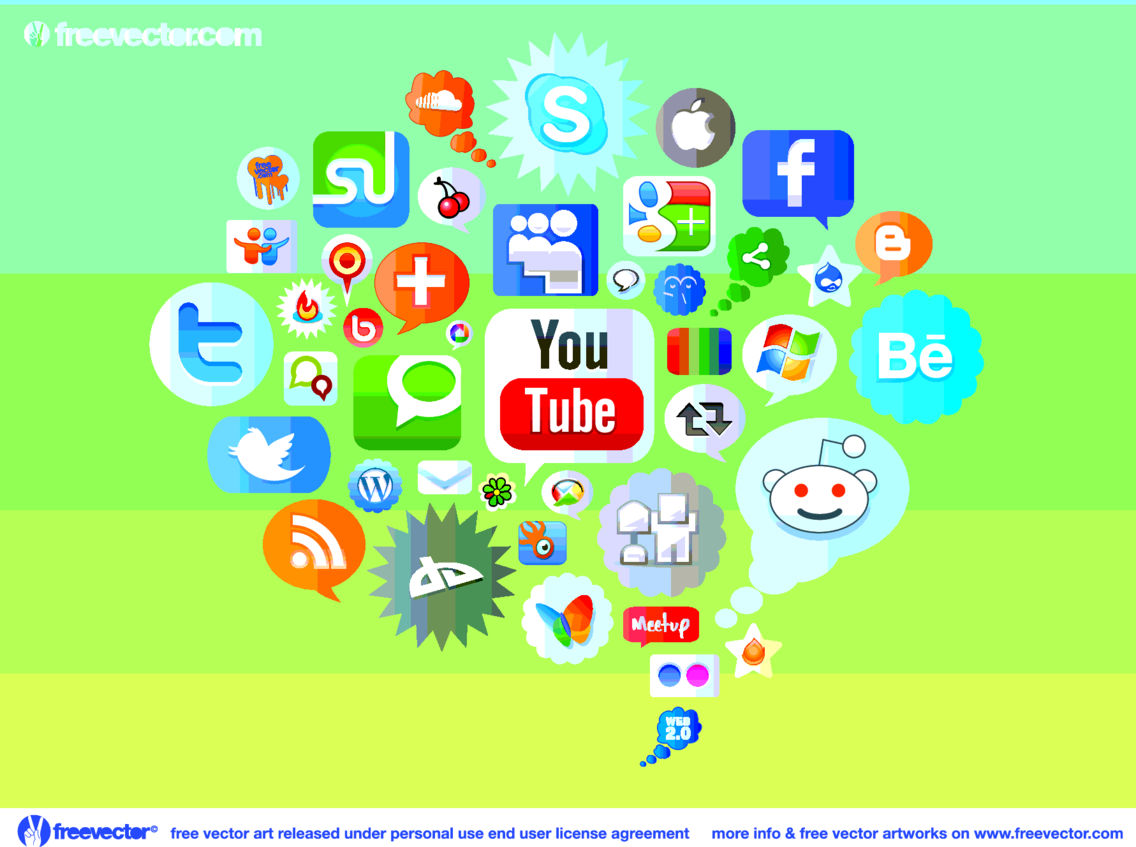 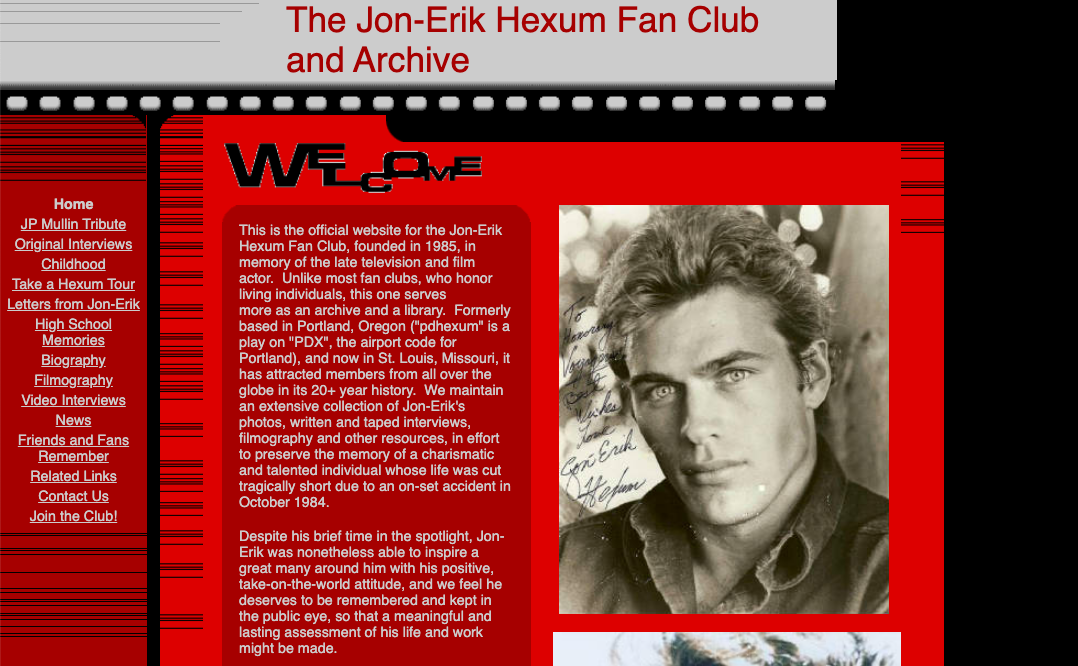 The Jon-Erik Hexum Fan Club was established by Alan Carell in 1985. Fans sent in payment for a lifetime membership. 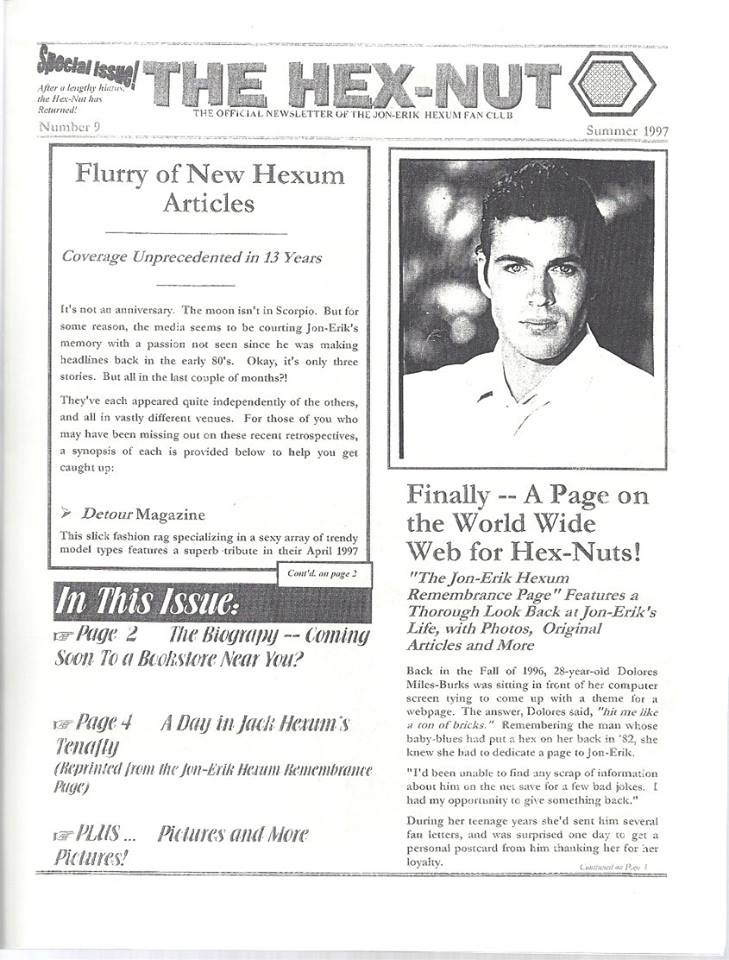 The club sent out a twenty-page photo and Biography packet, “The Hex-Nut” newsletters, and a seven-page materials list of pictures and compilation discs of Jon-Erik’s televised appearances they had in stock. Alan Carell and co-member/administrator Douglas Eames created a comprehensive documentary of Jon-Erik’s life. In time, they put up the official Jon-Erik Hexum Fan Club and Archive website. It focused mostly on Hexum’s early life when he was affectionately known as “Jack” by family and friends in Tenafly, New Jersey. The website is still online. 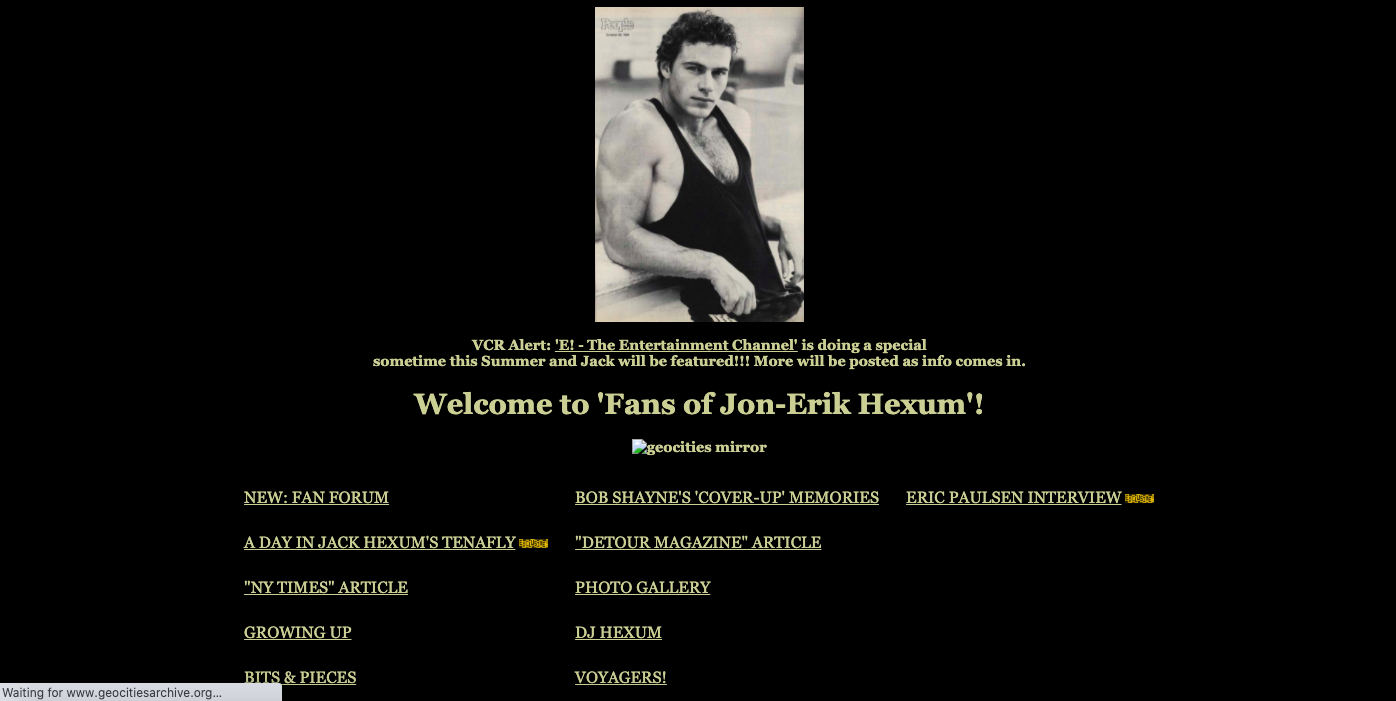 The Jon-Erik Hexum Definitive Picture Archive created by fan Kelly Dubose housed hundreds of fantastic behind-the-scenes portraits, promotional images, and glamour shots from Jon-Erik’s entire career. It reintroduced many of us to Jon-Erik and was a wonderful go-to website for beautiful pictures and a glimpse into his Hollywood world. 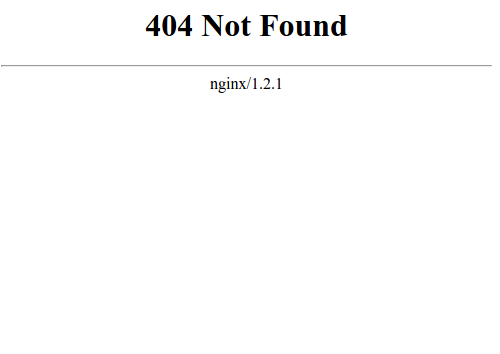 The first comprehensive Voyagers! (1982) fan-site, Voyager Headquarters, contained a broad index of original articles on the show and its actors and never-before-seen photos and screenshots. There were even sections for sound clips and fan-fiction. As the Internet advanced by leaps and bounds, most original Hexum dedication pages were lost to time. Web-hosts went out of business, or their creators simply moved on. In other cases, copyright grievances disheartened website owners and forced complete take-downs. Partial pages may still be found by digging into the Internet Archives Wayback Machine or the Geocities Archive Project.

Thanks to their stupendous efforts through the decades, Voyagers! (1982) and Jon-Erik Hexum’s legacy continued to strengthen.

In 2006, I created and launched Voyagers Guidebook to the world. My website started as an ambitious “Ultimate Picture Fan-site,” focusing on screenshots and photos, information pages, fan-art, and fan-fiction. It grew into a massive archive, branching into a Facebook discussion group, a Youtube channel, and Instagram Page.

My website activities waxed and waned over the years and my current 2021 focus is now on this blog and the Facebook Group. My website – Voyagers Guidebook – will be online until January 2022. 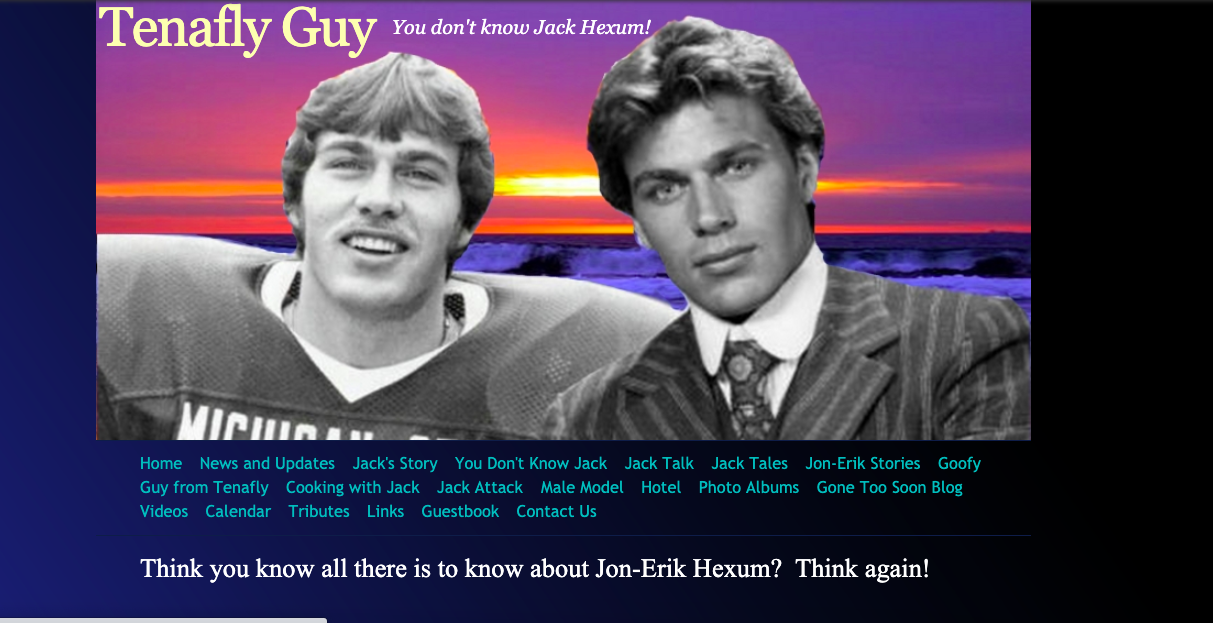 Tenafly Guy was created by K.C. Conley in 2009 and is dedicated to honoring “Jack Hexum,” the man inside the celebrity. It highlights K.C.’s reflections and reviews, and various photos. K.C. and her colleagues successfully strived to curate numerous Jon-Erik quotes and contacted his personal friends and co-stars to share their memories. The website contains interviews, photos, and creative fan-works. A year later, in 2010, K.C. started the Jon-Erik (Jack) Hexum Tenafly Guy Facebook Group to share more pictures and discussions.

The years progressed, and other Voyagers! (1982) and Hexum fan-sites came and went online, each with unique designs and features.

Fan Adam Ellet, created a website called “The World of Voyagers!” and he isolated incidental soundtrack music created by Jerrold Immel, such as Edison’s lightbulb scene in “Worlds Apart” and Cleo’s burlesque jazzy theme from “Cleo and the Babe.” He remixed a fun disco version of the Voyagers! (1982) opening music composed by JAC. Redford. These clips still get shared and passed around the fans.

In the mid-2000s, social media, photo, and blog sites like My Space, Tumblr, LiveJournal, Blogger, Flickr,  WordPress, and the behemoth Facebook usurped tons of fan-sites, chat rooms, and e-mail discussion groups. In recent years, they still exist, but their popularity waned or they rebranded and changed their online platforms. Enter photographic sharing sites like Instagram and Pinterest. Voyagers! (1982) themed pages, images, groups, and articles have popped up on all of them. It’s been predicted that Facebook and other social media sites are also going the way of the dinosaur. What will they think of next? 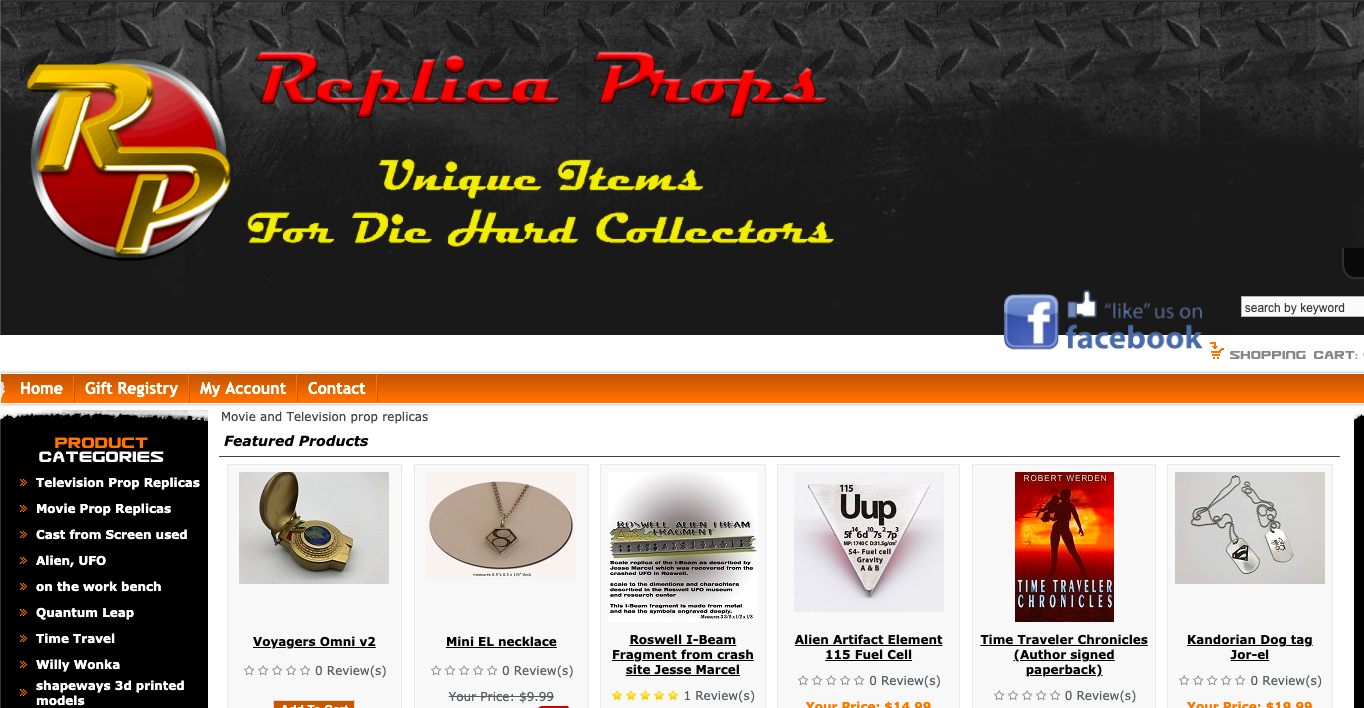 Across the world, talented fans were inspired to share their love for the show. Replica Props is a fantastic design site that painstakingly recreates unique movie and television props, “For Die Hard Collectors.” In the early 2000s, they built and sold stunning brass Omnis. They are currently redesigning them from scratch for screen accuracy. 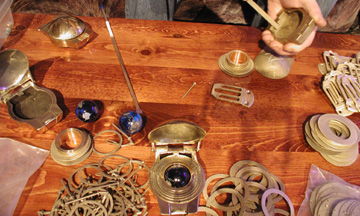 In 2007 fans Chris Canniff and Matt Everingham designed and sold bound Guidebook replicas with encyclopedias standing in for its historical information section.

They added Voyager Headquarters rules and codes and a detailed Omni field-stripping guide. Presently, another fan created a new version for sale. On the digital design website Thingiverse, in 2014, a fan account called “Imirnman” shared Omni specs and suggestions for replicating the prop on 3D printer technology.

The Internet has grown full of amusing and creative podcasts, episode and series reviews, fan-art, fan videos, and blog articles all about Voyagers! (1982). Below is a list of Great podcasts and reviews of Voyagers!

(Ep. 6 is an interview with the creator of Voyagers Guidebook and the Fan group on Facebook, Ginger De Los Rios. Ep. 7 features a one-on-one Phone conversation with none other than Jeffrey Jones himself – Meeno Peluce – and host Mike Bobbitt! ) – More episodes to come soon.

Voyagers Guidebook Video Channel
A channel that I created many moons ago in 2007. It’s an enjoyable relic with fan videos from the earlier years of Youtube. Every now and then I still try to update it, but lately Universal copyrights have killed all the fun.
https://www.youtube.com/user/Voyagersguidebook
MOVIES2REVIEW
A fun father-daughter movie & TV show review series!
https://www.facebook.com/Movies2Review
The Fun Family Intro to the Voyagers! Retrospective
https://www.facebook.com/Movies2Review/posts/102536394854716
Movies2Review Voyagers! Retrospective
https://www.youtube.com/watch?v=Wmhc_WLUjCk&t=157s
IRVING’S ZOO – TV FAILS/VOYAGERS!
Voyagers! Playlist (Don’t let the word ‘fail’ fool you. These reviews are entertaining and funny.)
https://www.youtube.com/playlist?list=PLoVuOOVGFgsCdRsP3yTDkltSUXncqHbIH
CANSCIFY – Voyagers! Omni Construction and Voyagers historical video tours.
https://www.youtube.com/user/canscify/videos
The outstanding commitment of the online fan community in the last twenty-five years has ensured that Voyagers! (1982) and Jon-Erik Hexum will never be forgotten.
Share on Social Media
twitterfacebookpinteresttumblrredditemailwhatsapp