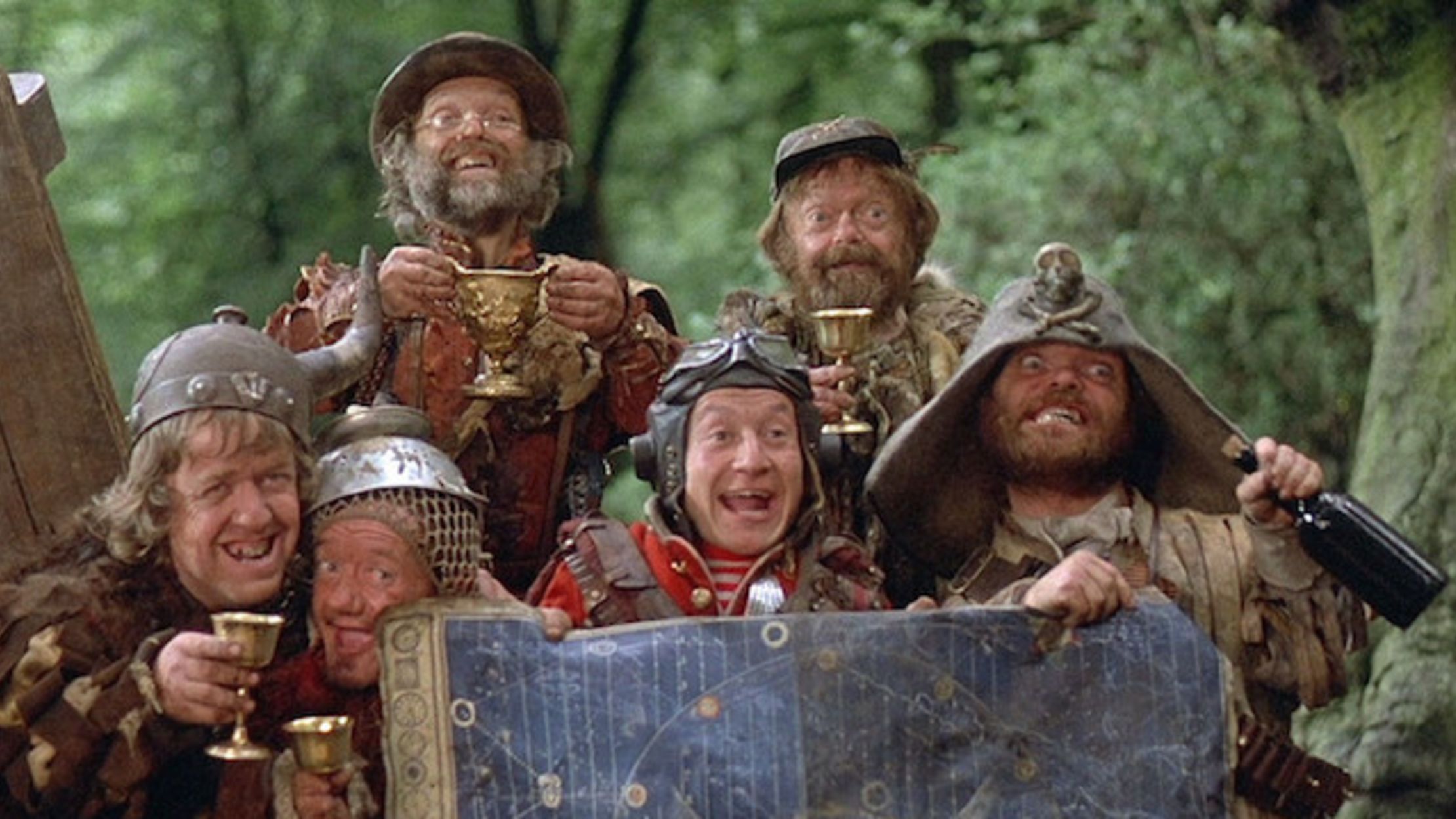 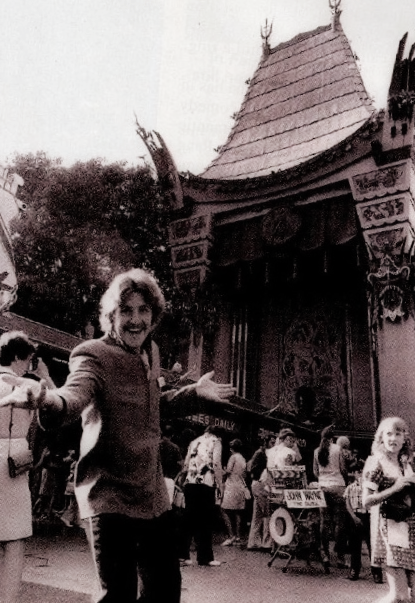 “Voyagers! was my baby.” – James Parriott.

In June 1983, James Parriott answered questions for the Meeno Peluce Fan Club and discussed how he came up with the idea for the show. “Stu Sheslow, then NBC VP of Development, and I were talking about time-travel over lunch in the summer of 1981.” 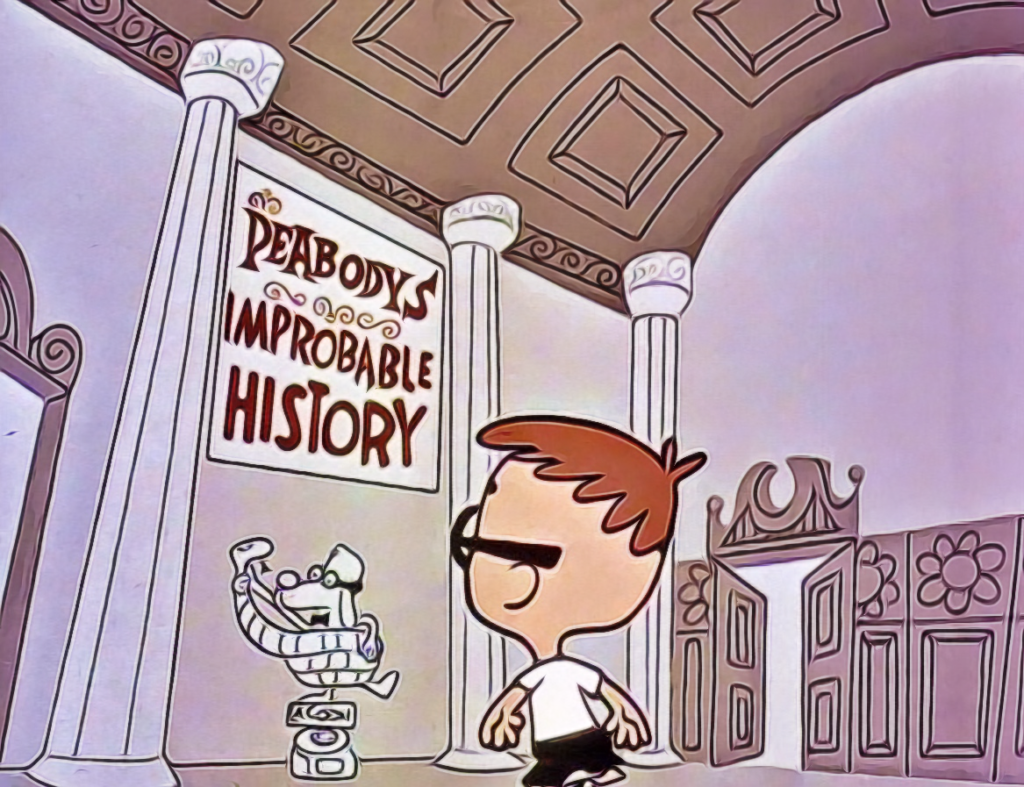 “We were both attracted to the old “Peabody and Sherman” cartoons on the Rocky and Friends (1959) series. I went back to my desk and came up with Voyagers!” 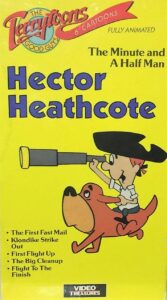 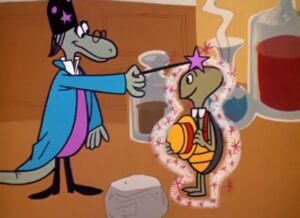 In the 1960s, NBC also produced two other time-travel cartoons. The Hector Heathcote Show (1959) is somewhat a copy of Peabody and Sherman. The episodes showcased Hector, a little American Patriot during the Revolutionary War, at various historical points, but not actually time-traveling. Tooter Turtle (1960) was a turtle who traveled to different eras and lived out other lives and destinies with the help of a Wizard.

James Parriott described how the ideas for Voyagers! (1982) came about. “I will absolutely say that I was influenced by Time Bandits. I thought bouncing around through time was a fun idea for a series.” 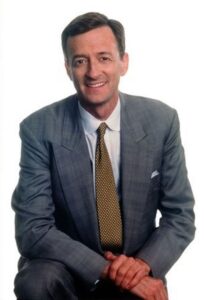 “So I put together this show, and I went to speak to Jeff Sagansky, who was at NBC at the time, and he loved it and came up with some great ideas. The whole notion of the Time-Cop element actually came from Jeff.”

In 1982, James Parriott told the Press that Voyagers! (1982) was also inspired by Disneyland’s Pirates of the Caribbean ride. The influences are clearly seen in the pirate battle during Jeffrey’s opening dream sequence in the Pilot episode. The heroic time-traveler Phineas Bogg was also a pirate.

In “Old Hickory and the Pirate,” Bogg reveals he hailed from the pirate era and that Nassau, Bahamas, was one of his old stomping grounds. The plot revolved around keeping French Privateer Jean Lafitte away from piracy long enough to save him from being hanged by the Spanish. Jeffrey even jokes about the famous California theme park to Bogg.

Classic TV shows in the vein of Voyagers! 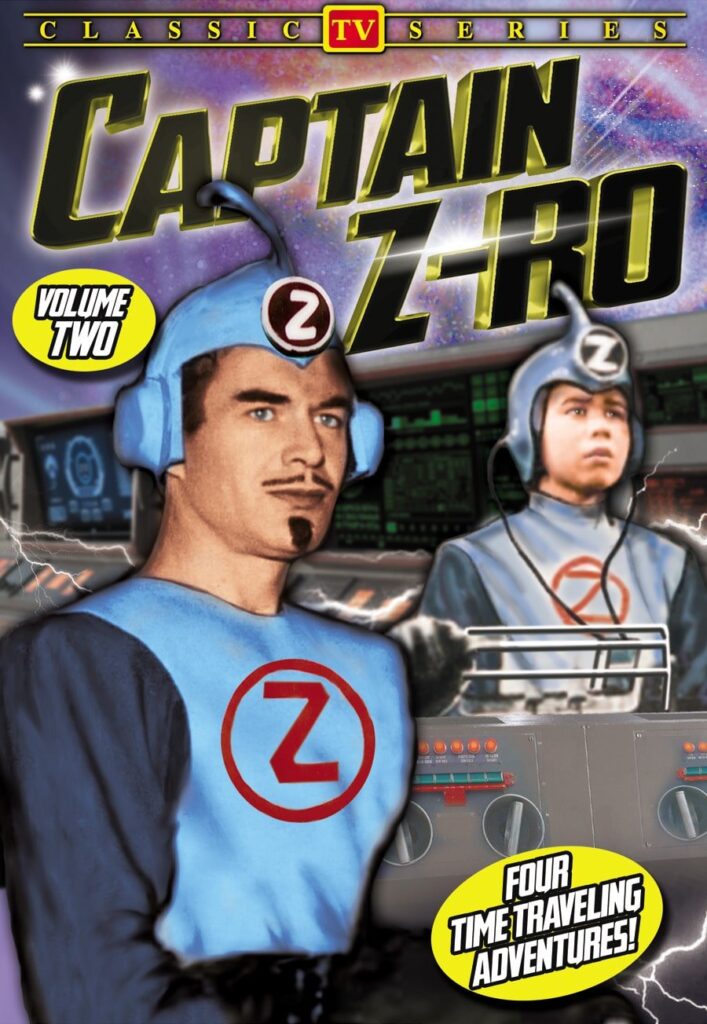 A Scientist operates from a secret laboratory base to identify problems in the time-line and protect the world from harm. His time-machine, the ZX-99, showcased historical scenes and could send someone to the past. Captain Z-Ro, and his teenage assistant Jet, researched historical events and found them unfolding contrary to recorded history. (e.g., King John not signing the Magna Carta.)

Captain Z-Ro would send himself or Jet to the past to intervene and ensure that history played out correctly. Over the years, they rescued a wide range of historical figures, including Genghis Khan, Marco Polo, Magellan, William the Conqueror, and Daniel Boone. As with Voyagers! (1982) only superficial attempts were made to explain how the time-machine worked. Time-travel paradoxes (such as the “Grandfather Paradox”) were likewise glossed over. 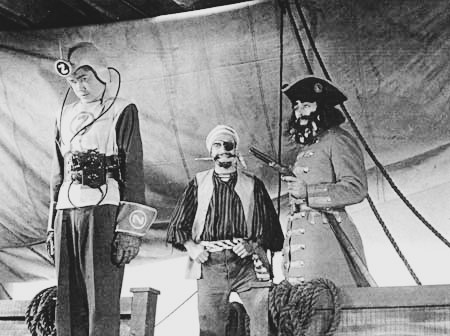 Captain Z-Ro (1951) was originally a fifteen-minute local series that aired in San Francisco, California, from 1951-53. In 1955 it was picked up for a half-hour series and nationally syndicated until 1956. The show had an impressive seventy-seven episode run with fifty-one live episodes and twenty-six half-hour filmed episodes.

Many episodes are now available to watch for free on Youtube.

The world’s longest-running and, arguably, the most beloved time-travel television series ever made came from England and the BBC (British Broadcasting Company). Doctor Who (1963) intended to educate children about history using a curmudgeonly but whimsical “Time Lord,” known only as “The Doctor,” from the planet Gallifrey. The Doctor has a distinct love for planet earth and humankind but protects the entire universe from sinister and otherworldly threats. Aside from a revolving door of stellar writers and characters, the show’s endurance also hinges on a brilliant gimmick.

The alien Doctor with two hearts regenerates into a different person at death but preserves his memories and abilities. The Doctor travels with human companions in the TARDIS, a time-machine shaped like a blue London Police phone box that’s “bigger on the inside.” It remained in that form because the chameleon circuits were damaged, and the Doctor never bothered to fix it. The TARDIS (An acronym for Time And Relative Dimension In Space) interior is enormous and magically complex, thanks to hyper-advanced Gallifreyan Technology.

After the first Doctor’s regeneration, the show swayed from its educational focus. It ultimately centered more on the companions’ personal lives, engaging with alien races, fixing time anomalies, and preventing disastrous invasions. From the 2005 continuation of Doctor Who (1963) onward, human history’s often given a revisionist slant mainly due to aliens living among them or attacking earth.

In 2018, the show took an unprecedented turn with the Doctor’s character when he regenerated into a female. Currently going into its 3rd and last season with the thirteenth Doctor, many of the new stories delved deeper into social justice issues and have attempted to return to the show’s educational roots. 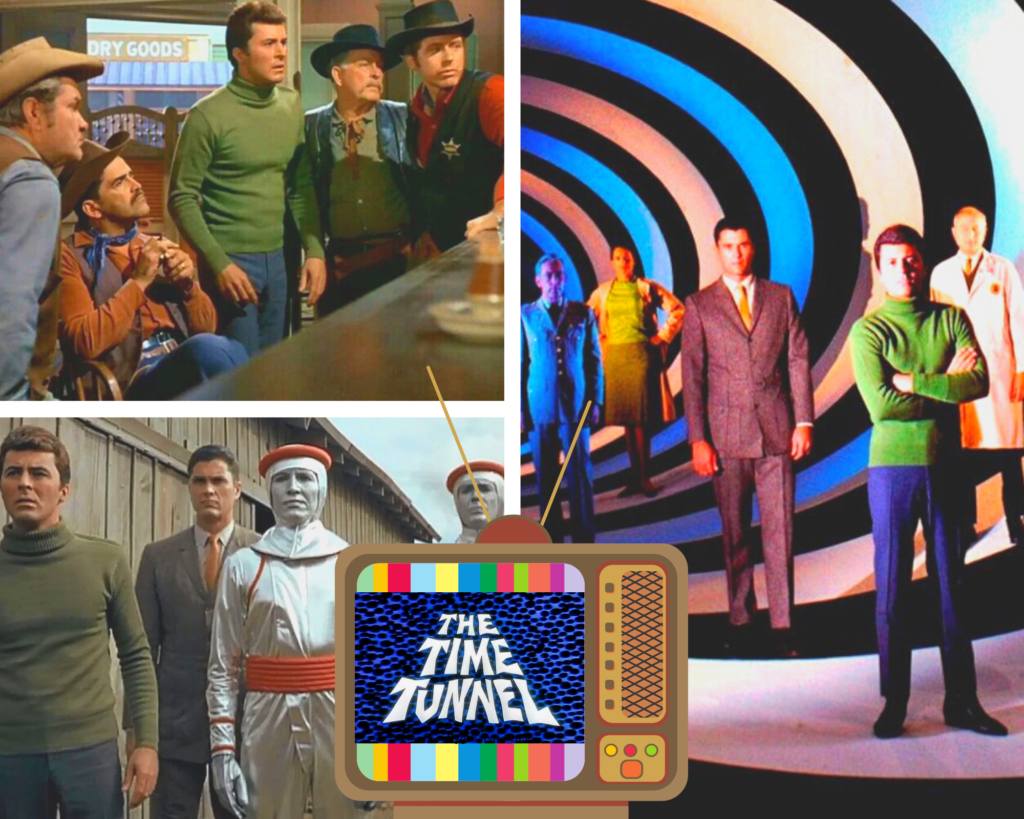 The Irwin Allen Production, The Time Tunnel (1966) ran for thirty episodes between 1966-67. The show was directly inspired by the film The Time Travelers (1964) and most likely elements from Captain Z-Ro (1951).

“Project Tic-Toc” is a 7.5 billion dollar top-secret government project conducted in a spectacularly deep underground base in Arizona. A visiting Senator gives the scientists an ultimatum. They must prove the project is worth continuing by sending someone through the portal and retrieving him within the duration of his visit. Dr. Tony Newman enters the tunnel, despite his colleagues’ warnings. Dr. Douglas Phillips follows to save him, and they remain lost in time. The Senator keeps the project going until the men can return safely.

Tony and Doug jump between the past and future. They make specific alterations and corrections and can communicate with the base’s control staff to receive help. The show was canceled before Tony and Doug could return home. Many of the historical adventures Bogg and Jeffrey had mirrored Tony and Doug’s. The shows placed their time-travelers on the Titanic, Pearl Harbor, and at the Battle of Gettysburg to prevent Lincoln’s death. They got involved in the Battle of New Orleans and met Robin Hood, Billy the Kid, Marco Polo, and Kublai Khan. The Voyagers went to Rome, and Tony and Doug encountered Roman Emperor Nero’s ghost.

In a 1978 televised remake of The Time-Machine novel by H.G. Wells, the hero briefly time-travels with his machine and winds up in Salem, Massachusetts during the Witchcraft trials. He encounters an older woman running for her life while being hunted down and falsely accused of witchcraft. Sound familiar yet? When the Puritans see his large time-machine they attempt to burn him and the machine at the stake!

You can watch this version of The Time Machine and other great retro TV memories at The Museum of Classic Chicago Television on Youtube.