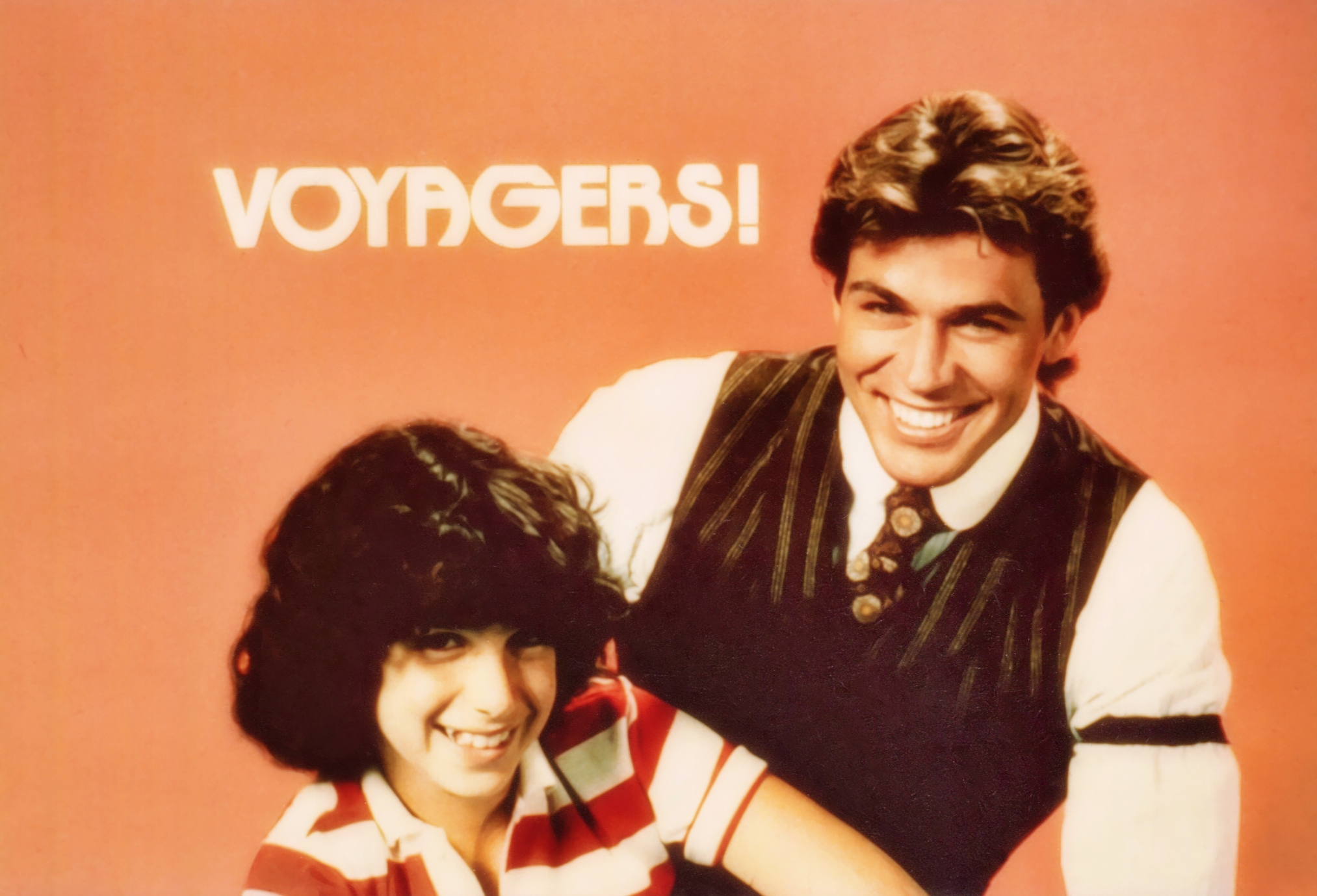 Who are they? What are they? Did you ever hear of one? Most definitely! That’s why you’re following this blog. If you haven’t, well, Voyagers are supposed to be subtle and discreet, but at least you’ll get a glimpse into their world.

Voyagers! a 1982 Time-Travel TV Show, sparked the imaginations of children and young adults and instilled in many of them a keen interest in history. They eagerly watched it live, discovered it with 1980s summer repeats, or on 1990s cable Television as I did. In 1993, Junior High, for me, was kind of insufferable. I’d race home from school, temporarily ditching homework and other activities for my Voyagers! escape on the original Sci-Fi Channel, 4:00 pm, Monday through Friday. I’d sneak in The Incredible Hulk (1977) at 5:00 pm, not realizing at the time that show-runner James Parriott’s talents were all over the first two marvelous seasons!

Voyagers! (1982) had an Official 25th Anniversary DVD release on July 17, 2007. Old fans rekindled their love and endearing memories. Many children and even grandchildren of the “OG’s” now enjoy the show, bringing the fandom full circle. Happily, new fans were made while piquing their Retro TV curiosity over the years.

Social Media changed the landscape of the Internet. When used positively, it can open up avenues for fans to “find their tribe” and bond, chat, and debate while sharing a wealth of memorabilia and their own creative projects. Social Media has also provided access to many of the people who brought these beloved shows to life. They often enjoy sharing memories and receiving upbuilding praise for their past performances and talented efforts. This has happened in the online Voyagers! Fandom.

Over a decade after the DVD release, Voyagers! (1982) still trends. But life and entertainment move at a rapid-fire pace never seen before. It hurts to admit, but the days of the colorful, all-encompassing fan-sites are nearly over. Some hot-shots on the cutting edge of Internet trends have declared they’re already dead in the water. I’ve heard the same about Blogs too. But I’d have to disagree somewhat. If only because I made it my mission to keep Voyagers! (1982) and the fandom alive in some online form despite personal ups and downs through the years. My Voyagers Guidebook Facebook fan group bloomed with over 800 followers during the year of lockdowns and continues to grow daily in 2021.

My Voyagers Guidebook Website will remain up for the next few months but due to financial circumstances, and from observing the dwindling overall fan interactions, it’s not feasible to keep it going. We’re in a Social Media world now. For the past 15 years, even when my view counter stagnated, I’ve kept the main website up and running. But now the Voyagers Guidebook Facebook group is constantly updated regularly with as much fresh content as I and the dedicated fans can find or create.

No matter where I hang my hat on the internet, every thought, question, idea, photo, or art counts, and every “like” “laugh” or “love” emoji even without comment shows me that the Fandom is something worth preserving. Since 1982, nothing would’ve been possible without the dedicated fanbases. The friendships, support, resources, and time they’ve shared have kept this niche fandom going strong for decades and I will always treasure it.

My writing for Where’s My Guidebook? is not meant to be a “tell-all” with juicy gossip, far from it. It’s not even like one of those super-comprehensive TV companions with more behind-the-scenes facts and anecdotes than you ever cared to know. I am in no way an expert. To call yourself an expert on a subject means you know everything. Who can rightfully claim that? I am constantly learning new things! My writings are a compilation of years of personal observations and fan theories on the characters, themes, and concepts that made Voyagers! excellent.

Hundreds of research hours, including time, money, travel, writing, typing, and creative brainpower, went into all this. Longtime members of the fandom may recognize some of my thoughts and ideas. Besides the website, I’ve had a limited-run Newsletter and Blog to showcase them over the last decade.

There’s only so much that can be discussed about a show which lasted just 20 episodes. However, I feel the fun time-travel concepts keep it fresh and open up many possibilities! Despite the negative, critical reviews that Voyagers! received when it aired, my blog will be positive, and upbeat.

Where’s My Guidebook? is my love letter to Voyagers! and is personally dedicated to every fan.

Set your Omnis for October 3, 1982, and prepare to relive the adventures of Phineas Bogg and Jeffrey Jones!