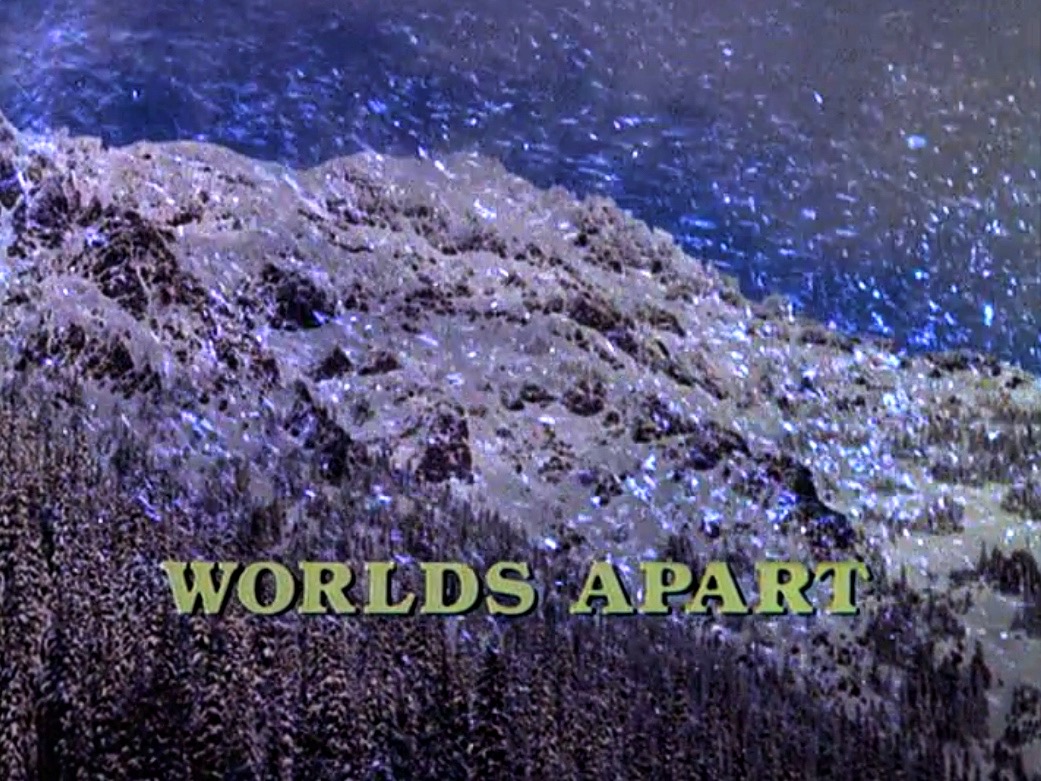 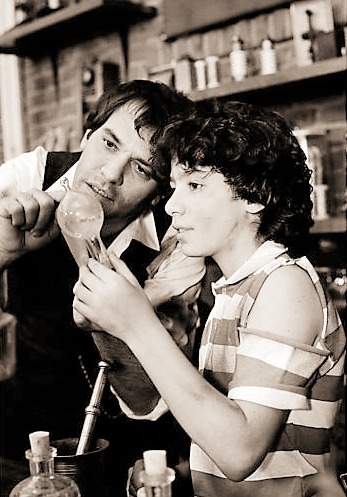 “Don’t touch those parts! Move one out of place, and I’ll never be able to put it back together again!” – Thomas Edison.

The Battle of Aqaba

The invention of a better lightbulb – Menlo Park, NJ 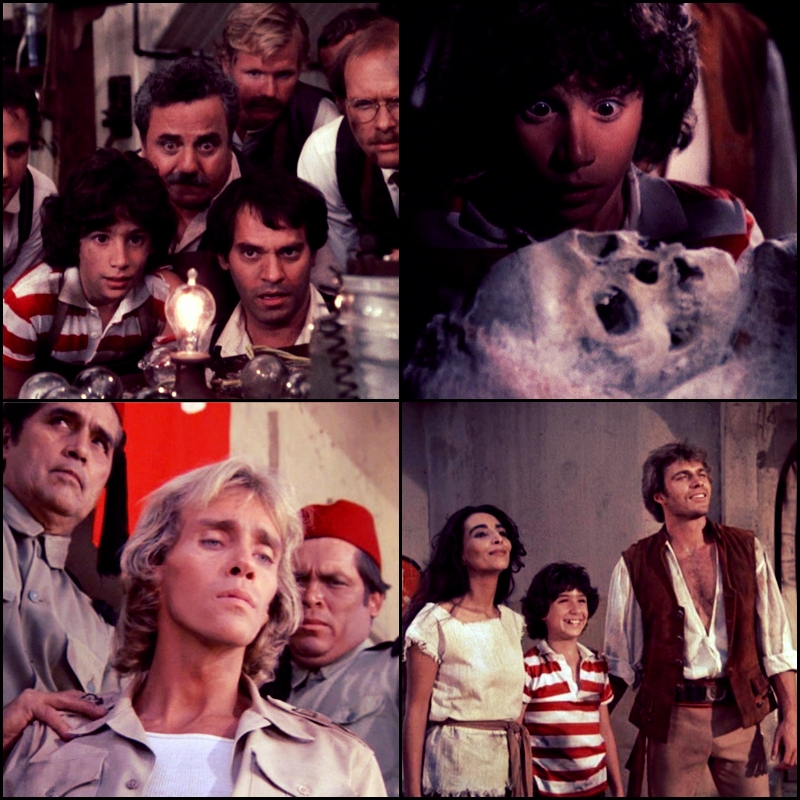 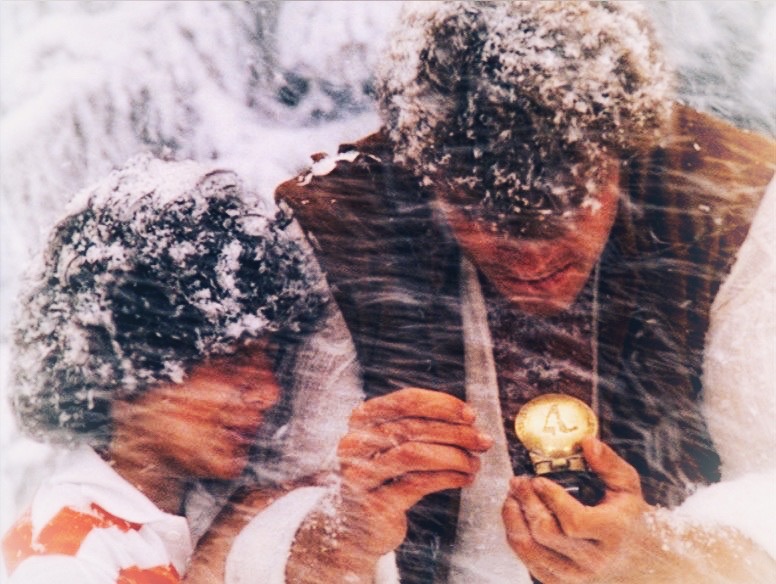 The Omni is damaged and leaves Bogg and Jeffrey stuck in a violent snowstorm, in the middle of Siberia. The red and green lights flash back and forth in automatic mode, and it takes a few hard conks for it to get them out before they freeze to death. 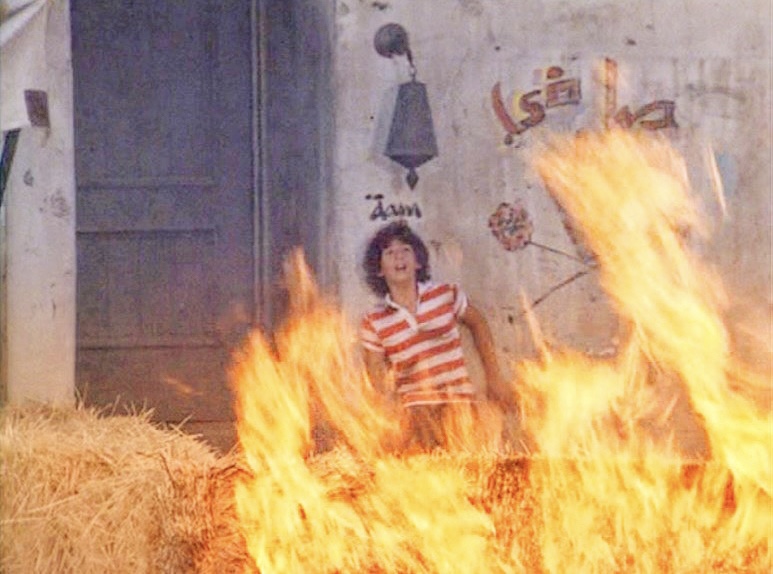 After landing amid a violent village raid in Aqaba, in the Middle East, Bogg tries to help Lawrence of Arabia escape capture. Jeffrey gets trapped behind a wall of flames. Bogg tosses Jeffrey the Omni as he’s dragged away by Turkish guards. 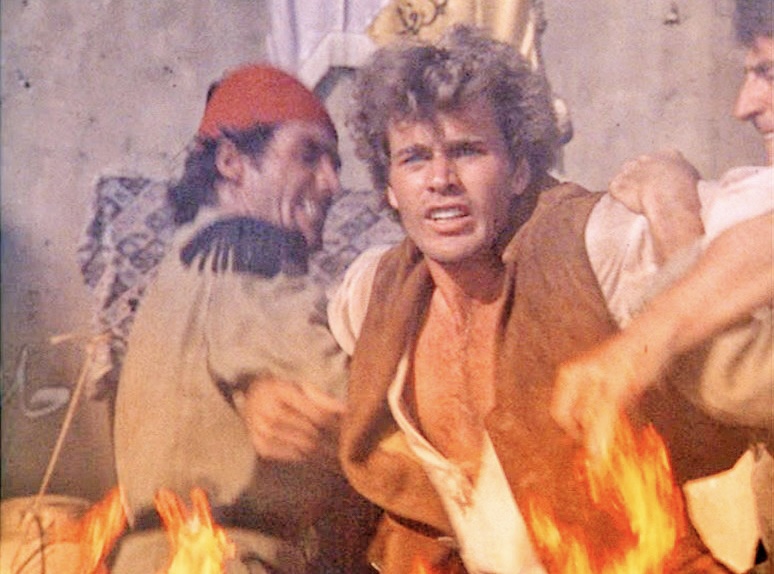 Jeffrey becomes stranded in 1879 with inventor Thomas Alva Edison and goes to assist him and his “Dream Team” in his Menlo Park laboratory.

Edison is deeply fascinated by the Omni’s colored lights and strips the Omni apart to the last nut and bolt. 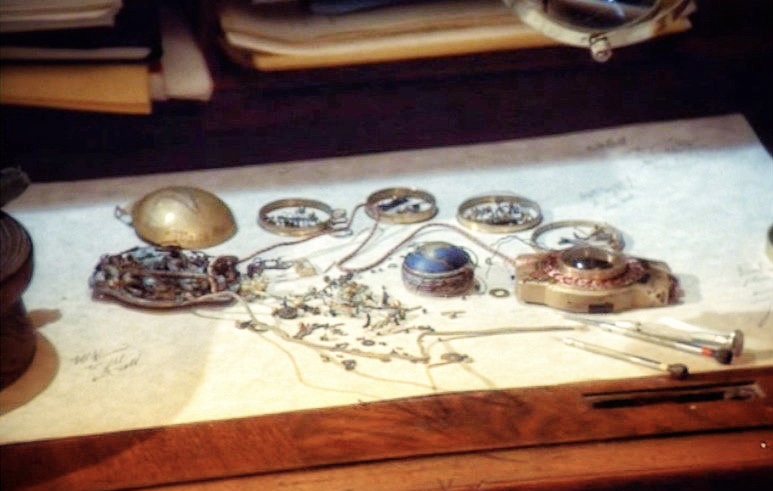 Jeffrey panics that he’ll never return to Bogg but is assured that Edison could put it together just as he’d found it. Jeffrey helps Edison and his Dream Team improve upon the electric lightbulb before Millionaire Banker J.P. Morgan pulls his funding from the project. He convinces Morgan to give Edison a little more time and is commended for his powers of persuasion. Edison receives his funding but only has forty-eight hours to show results. 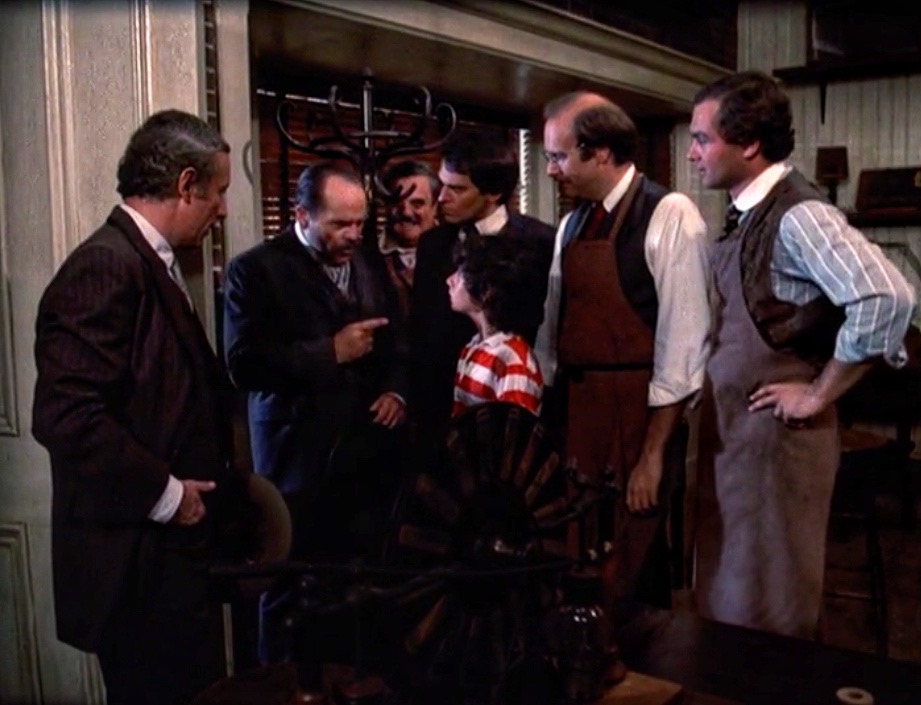 Back in Aqaba, Bogg devises a way to free Lawrence from his impending execution. 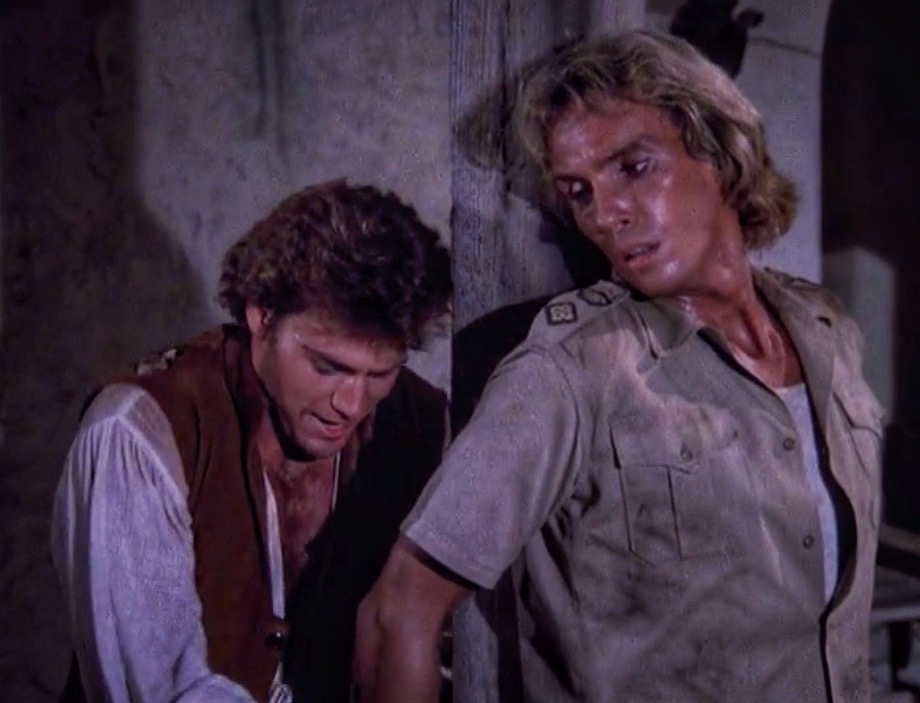 After their escape fails, they join forces with a beautiful slave girl named Medina. 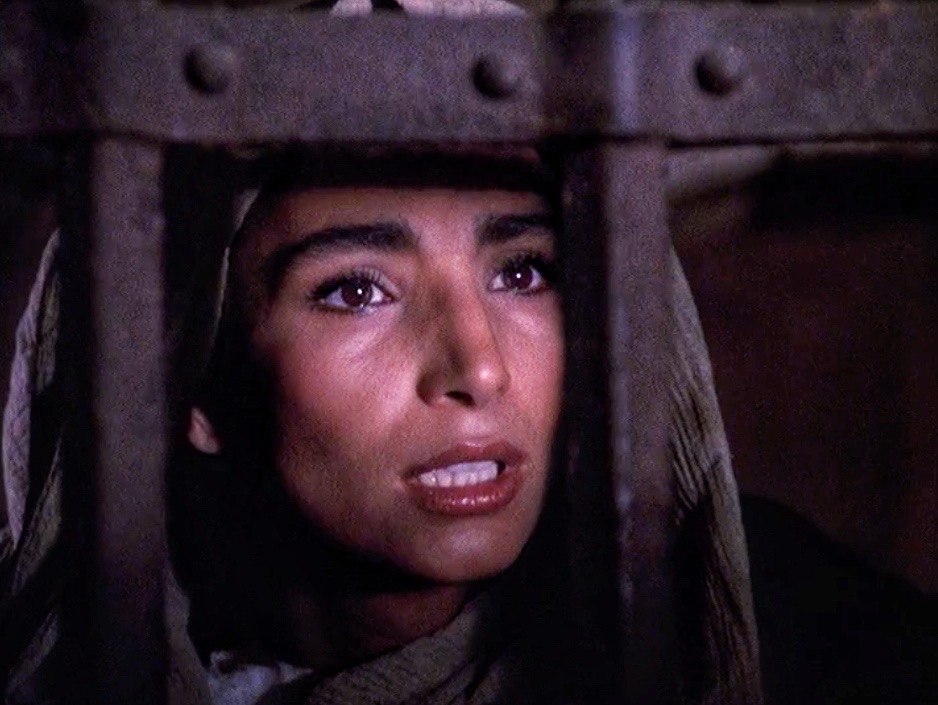 Medina is not all that she seems. She scolds the men because she had already set plans in motion to free Lawrence.

The Edison Dream Team and Jeffrey work tirelessly for two days to get the lightbulb working correctly. It seems all hope is lost until Edison comes under inspiration from Jeffrey’s torn shirt. Sewing thread is the perfect filament for the light bulb. Edison fixes the Omni good as new, telling Jeffrey it had the dirtiest movement he’d ever seen. When Jeffrey tells him it’s a time-machine, they share a hearty laugh. 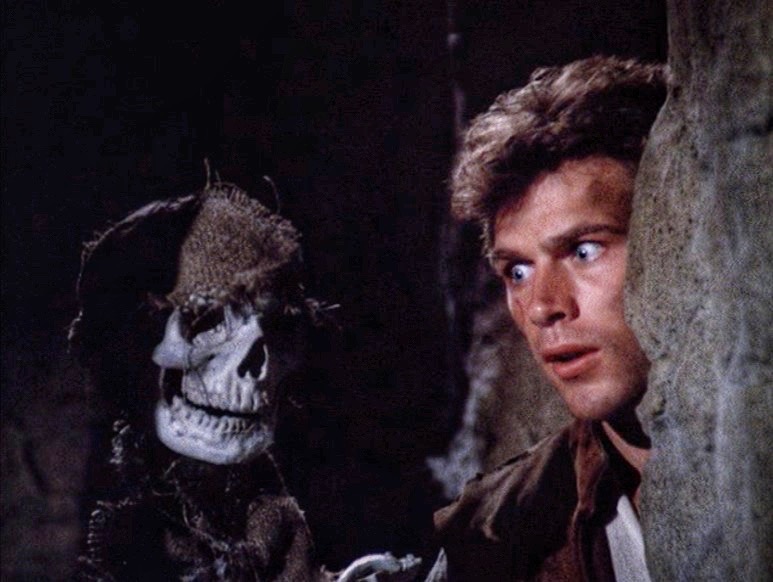 When Jeffrey finally returns to Bogg, he lands on a soldier’s back, and they all escape from prison just before execution at dawn. The Voyagers and Medina help Lawrence flee through the catacombs. Medina bravely leads the guards off their trail while the men dig out the exit. 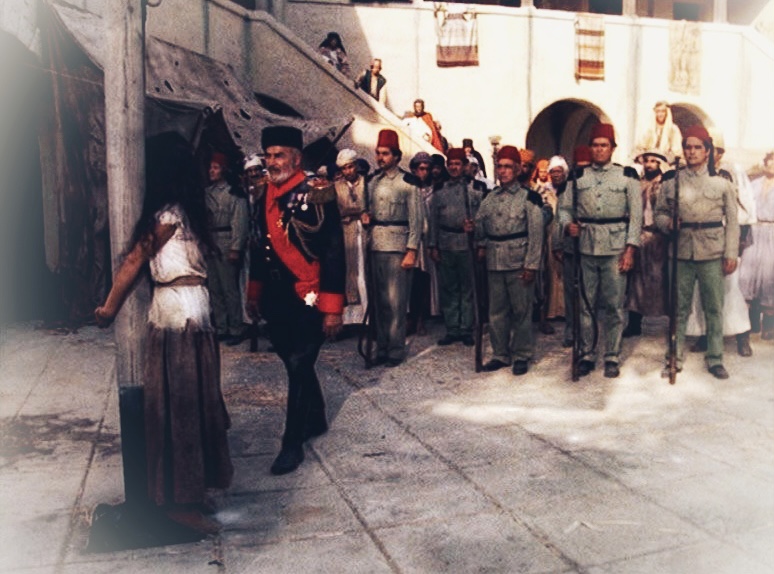 Outside, Bogg tosses dynamite at the gates to free the enslaved people, and a revolt breaks out. Jeffrey gets separated in the crowds. Bogg rescues Medina from the Commandant and tosses him down a well in the fight. 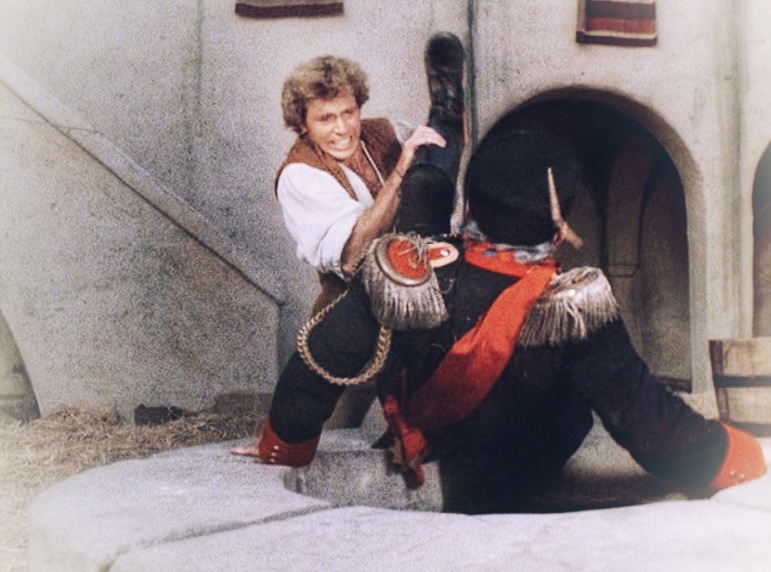 Jeffrey, lost in the crowds, catches up to Bogg for a true reunion and Lawrence rides off to become the leader he was meant to be. 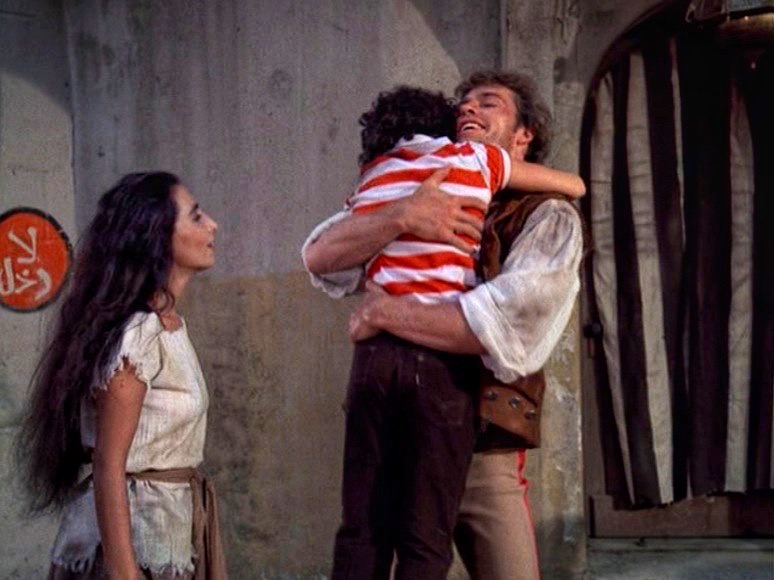 Bogg and Jeffrey return to Menlo Park in wintertime, and the Omni’s working better than ever. They watch proudly as Edison’s new lightbulbs illuminate every home. 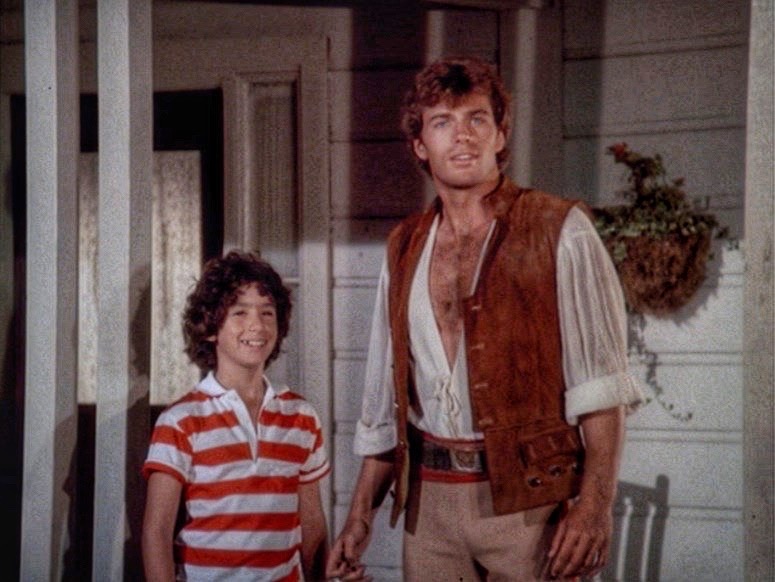 2. In “The Trial of Phineas Bogg,” two clips from this episode are shown.

3. At a 2015 Convention in Las Vegas, Judson Scott was flattered that a fan mentioned his role as Lawrence of Arabia. He said that Jon-Erik Hexum was a nice, likable fellow with a good sense of humor, and the series crew was very professional.

4. Medina is the capital of the Al-Madinah Region in Saudi Arabia, where the Islamic Prophet Muhammad is buried in al-Masjid-an-Nabawi. (The Prophet’s Mosque). Along with Mecca and Jerusalem, Medina is considered one of the three holiest cities in Islam. WWI and T.E. Lawrence’s time fell under a three-year siege in 1916 when Ali bin Hussein, the Sharif of Mecca, and the British army revolted against the Caliph and the Ottoman Empire. 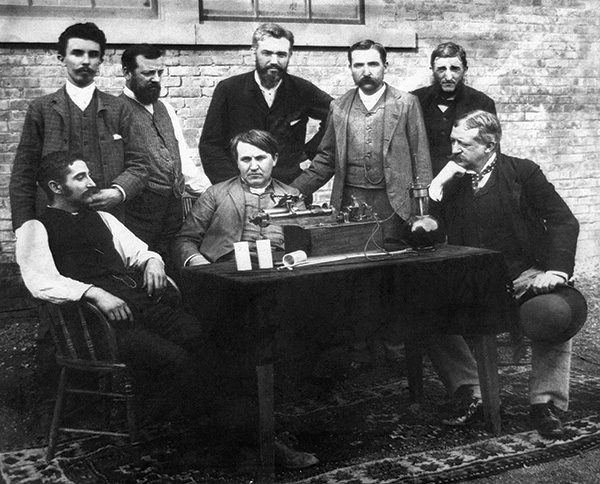 5. J.P. Morgan went against his father’s wishes to invest in Thomas Edison. They formed the Edison Electric Company and created the first power station, lighting up half of Manhattan. John D. Rockefeller, who supplied kerosene and oil lamps, lost many customers. He started a wave of bad press against Edison.

6. Medina has more dialogue in an earlier script. She is cold to Bogg and takes his food away to preserve rations. After Lawrence is led away, she speaks to Oman, a fellow Arab prisoner. She calls Lawrence a fool for getting captured and demands Oman keep quiet about her plans.