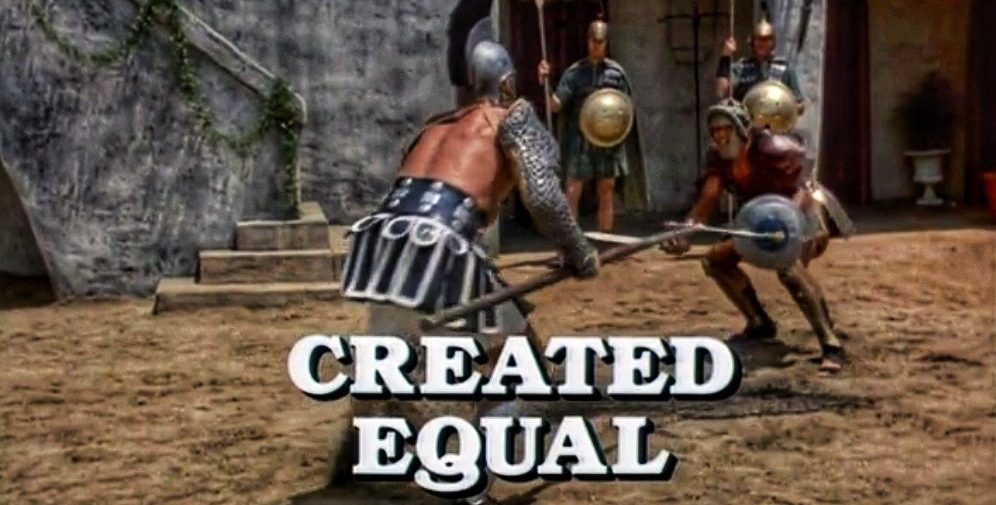 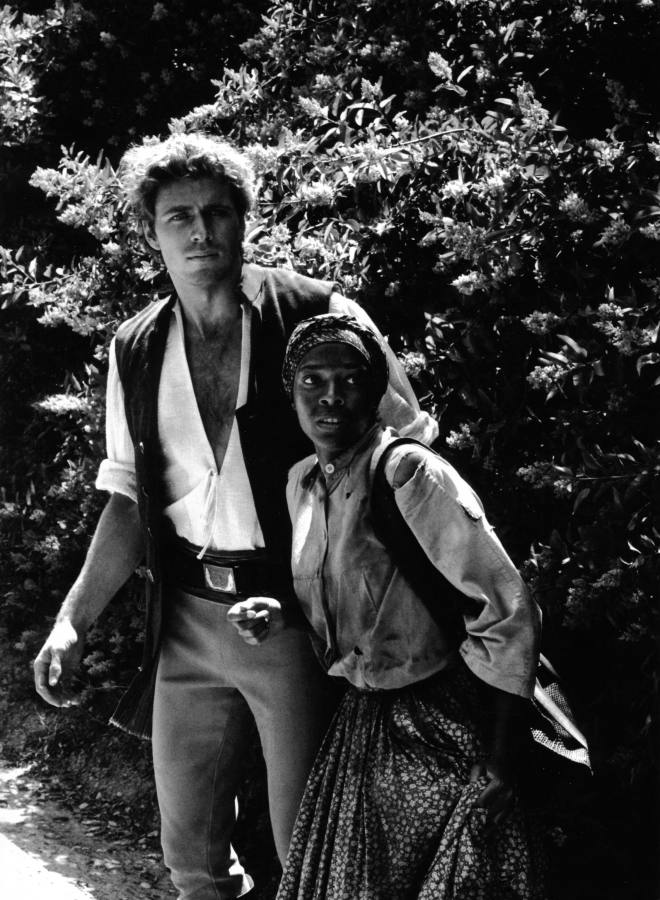 “Slavery. It’s the worst thing one human being can put on another. I won’t rest ’till there’s no such thing as slaves.” – Harriet Tubman speaking to Jeffrey and Sam. 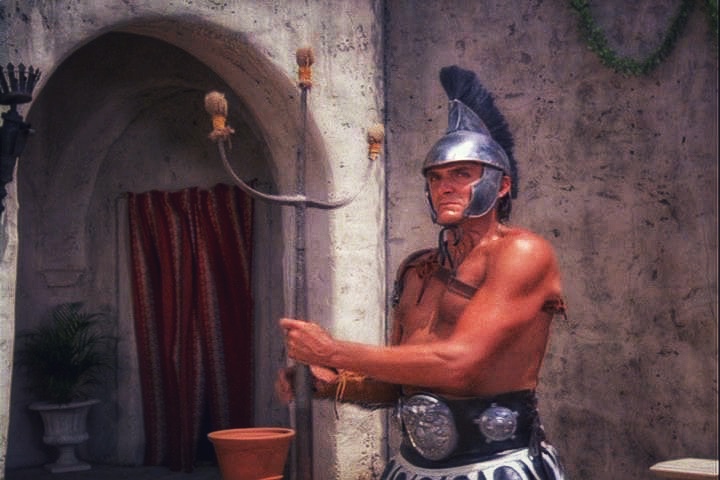 In Italy, 73 BCE, Bogg and Jeffrey meet legendary war hero Spartacus just as he’s decreed to fight to the death in the Roman arena. History’s a red light because Spartacus must lead a slave revolt in Capua. 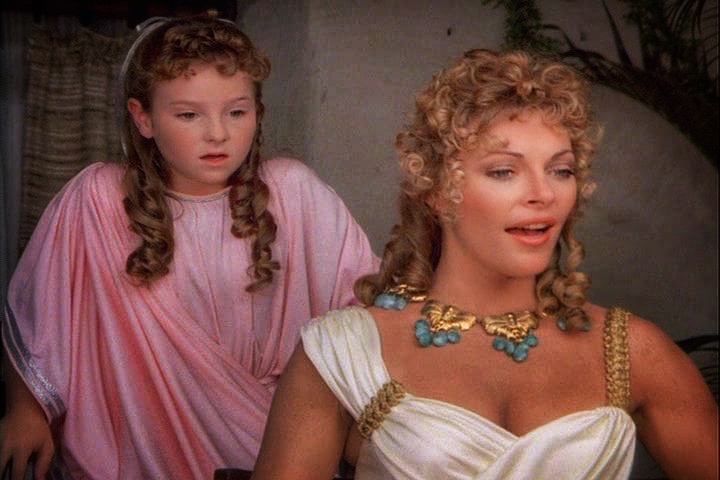 Cicero, his sister Octavia, and his young daughter Calpurnia are captivated by Bogg and Jeffrey’s mysterious appearance in the Gladiator Arena. 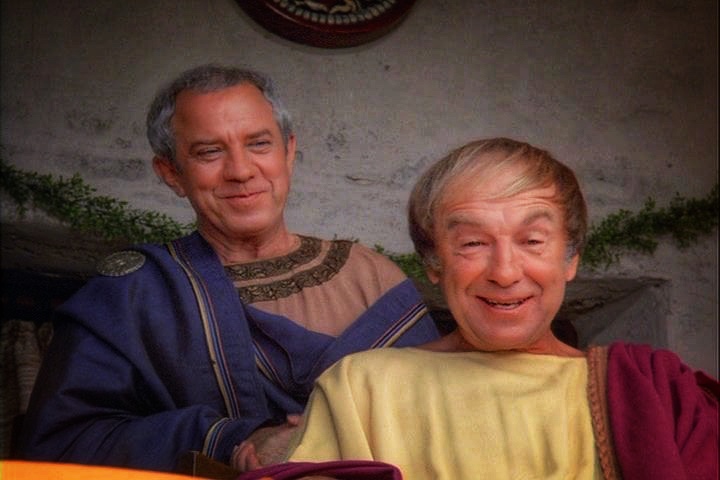 The women want personal slaves, and Cicero gives in to his daughter’s wishes. Bogg is imprisoned with Spartacus while Jeffrey befriends Calpurnia and asks her to help them escape. 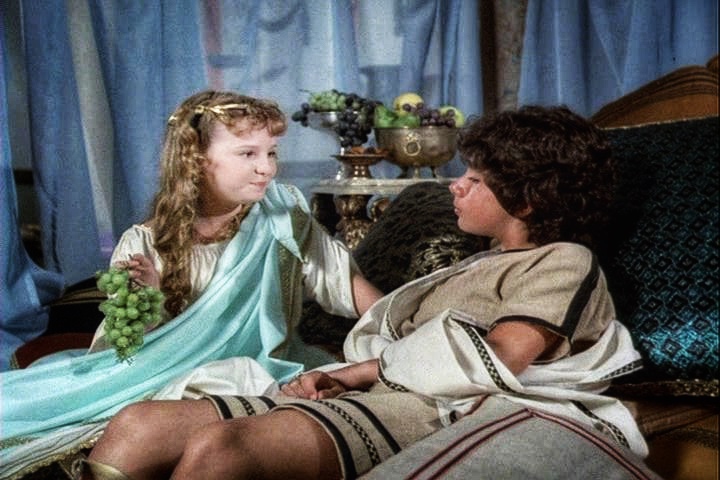 He convinces her that friends help each other because they want to and not because they’re forced from slavery. 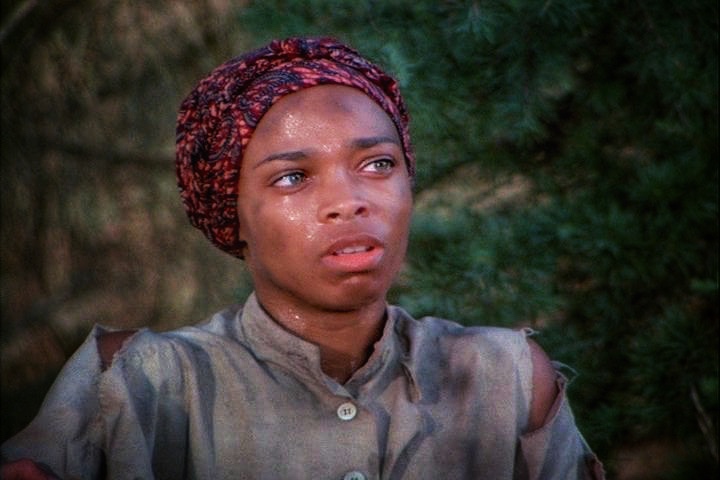 The Voyagers escape the Centurion guards and wind up in Hannibal, Missouri, in 1847. Young Harriett Tubman races through the forest away from slave catchers and her current master, the Riverboat owner, Bastaine. He intends to hang Harriet for causing him trouble. The Voyagers wanted to help her, but in America, it was legal to own slaves. 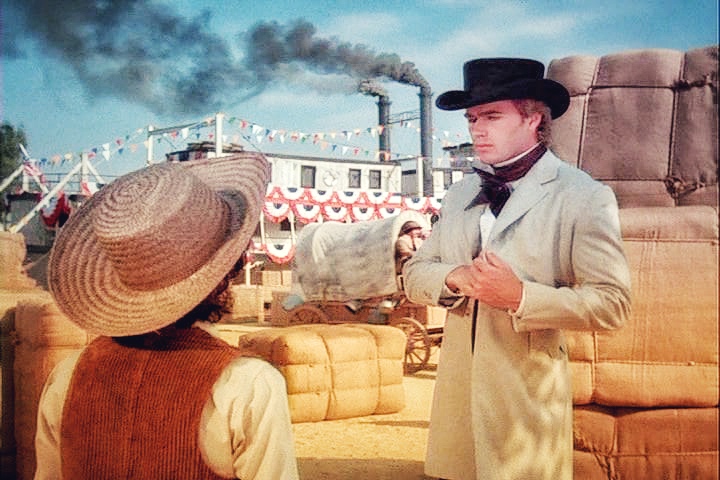 Bogg plans to win Harriet’s freedom by challenging Bastaine to a Poker game. Jeffrey disagrees with Bogg’s idea, and they part ways. 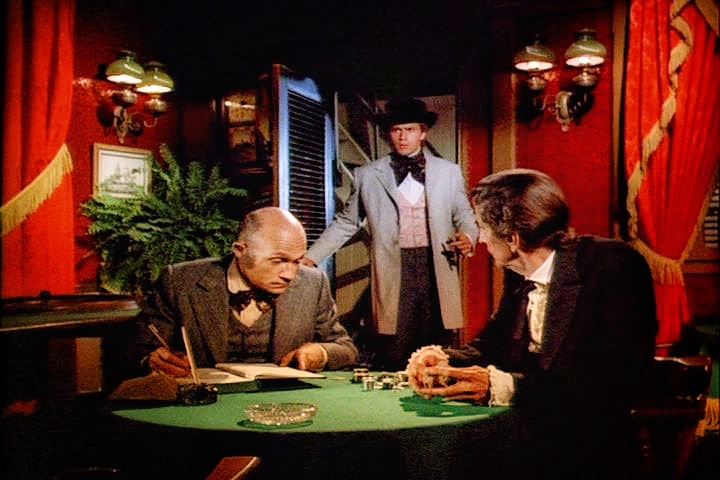 Jeffrey teams up with an adventurous boy named Sam Clemens, and they sneak on the riverboat to untie Harriet. 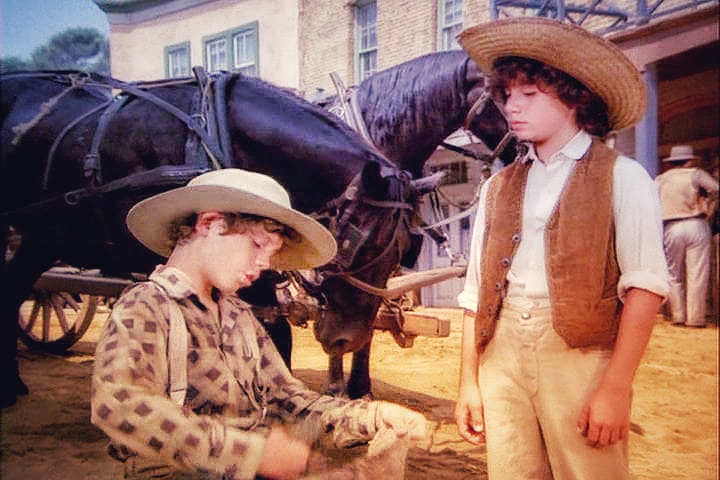 Jeffrey, Sam, and Harriett jump into the river and make a long trek through the forest. At daybreak, the Sheriff and his posse capture them. 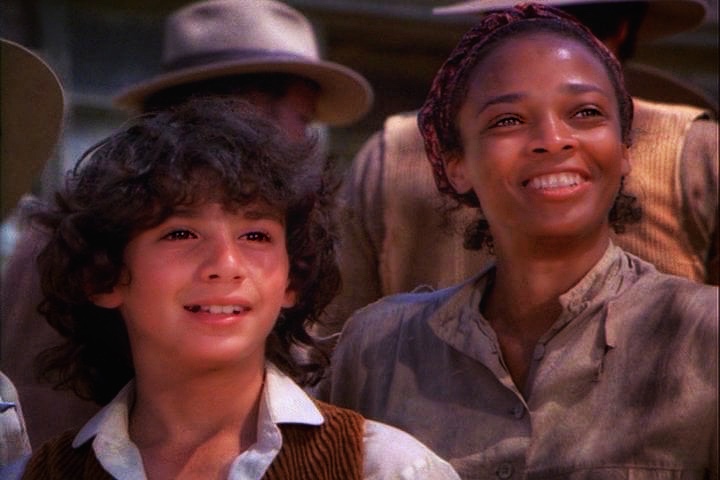 Bogg’s waiting for them with Harriet’s freedom papers. He’d won the game using the Omni as his final stake. Jeffrey gets scolded and apologizes, but Bogg also proudly tells him he acted like a real Voyager. Harriett reveals the master she ran away from in Maryland still owns her. However, Bogg’s freedom papers can help her avert capture. As they’re about to Omni out of the time-zone, Jeffrey realizes that his new friend Sam was none other than Mark Twain, and Jeffrey inspired the Huckleberry Finn book. 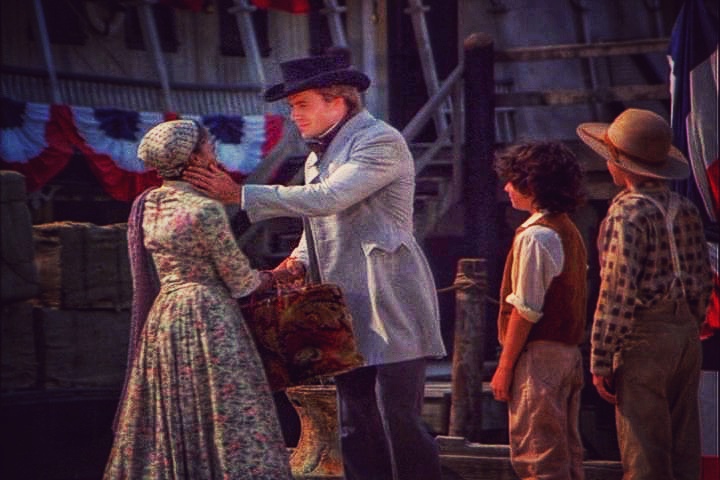 Back in Rome, Cicero captures Bogg in Octavia’s room during an intimate moment. 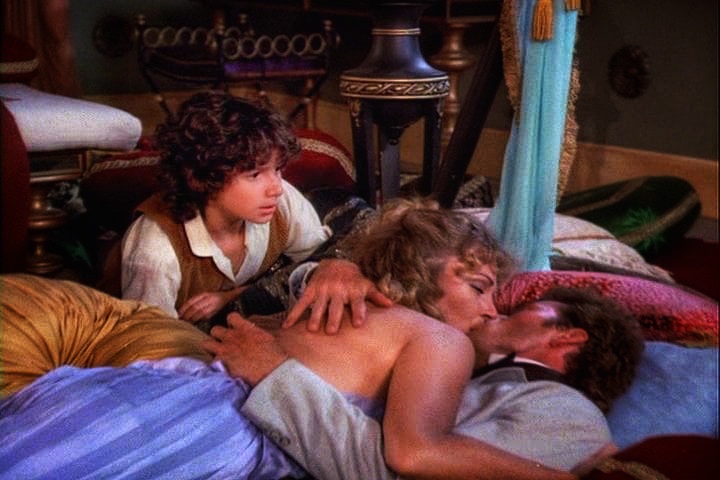 He must “fight to the death” against Spartacus. 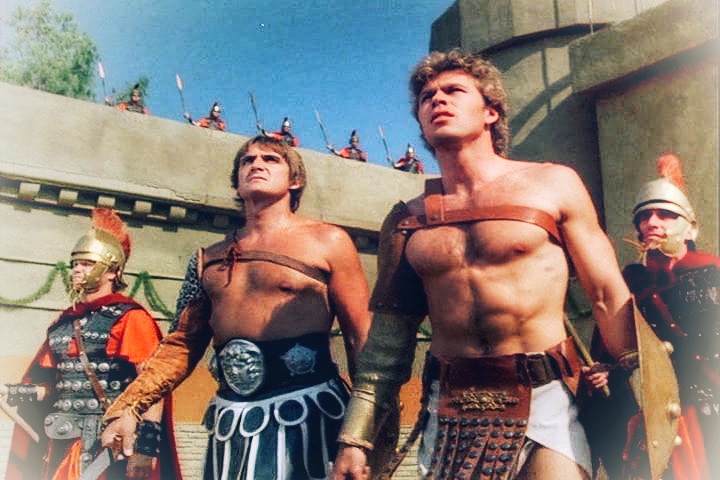 Bogg helps the warrior realize he doesn’t need to be a slave, and they both throw down their swords. 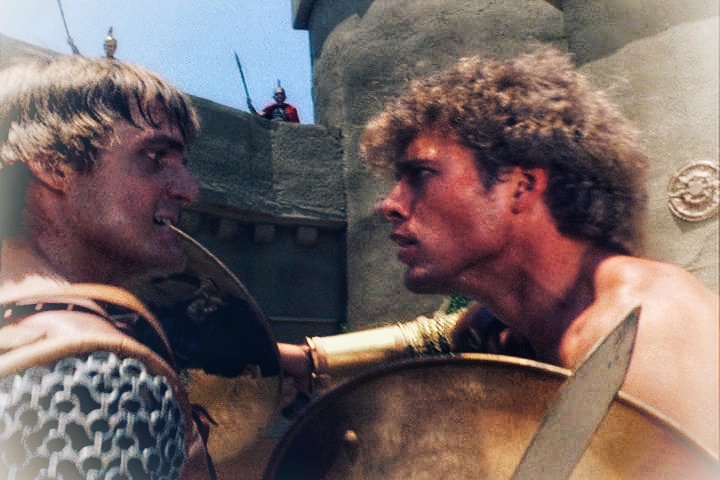 Jeffrey steals a chariot with Calpurnia’s help. He races into the arena, and they all escape. 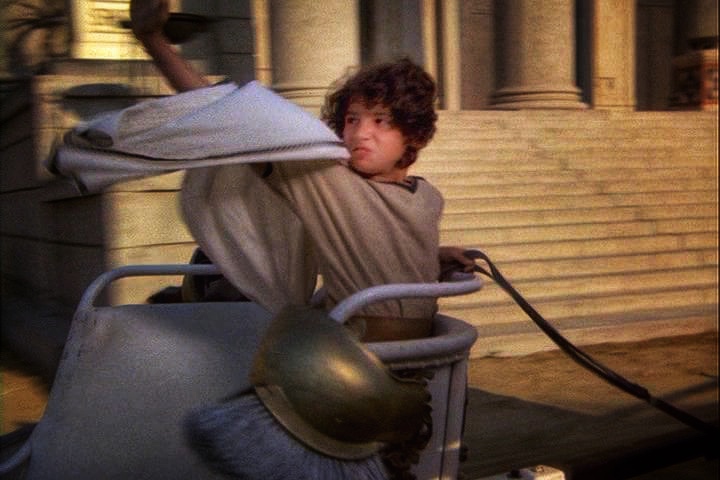 Spartacus salutes them goodbye and rides on his way to Capua. Bogg laments that he’s going off to his untimely death. Still, Jeffrey feels that Spartacus inspired slaves throughout history, even Harriet Tubman. 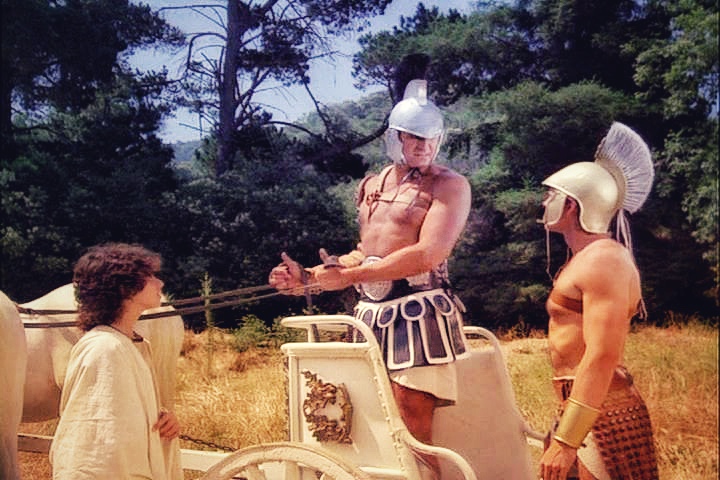 Jeffrey thinks they need a break. Bogg agrees and sets the Omni for Hannibal, MO, again because he wants to win back his lucky coin. Jeffrey says he’s not going to let him do it and runs away with the Omni while Bogg gives chase. 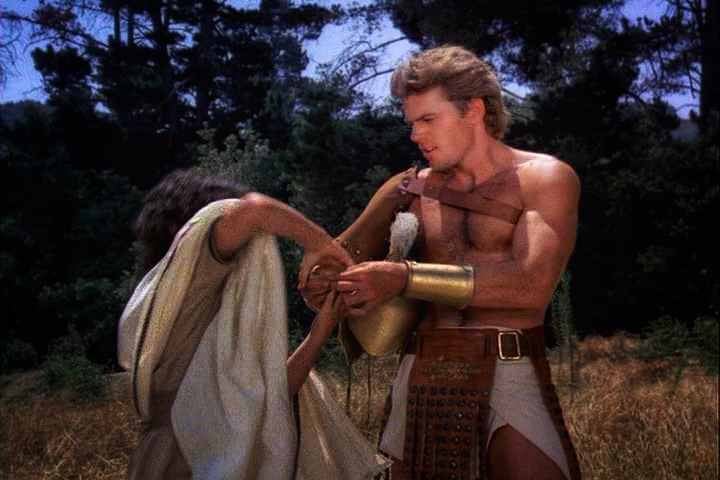 1. “Spartacus” was former Quarterback Dan Pastorini’s most significant role in his acting career in 1982. He spent a week taking Gladiator lessons for the battle scenes in the Roman arena.

2. James Parriott had said to the Meeno Peluce Fan Club that his favorite script was “Created Equal,” He felt it was clever, funny, and had good human values.

3. When Bogg tries to block the Roman soldiers during the chase scene, he creates a diversion by torching olive oil. While it does burn for fuel oil, it wouldn’t ignite instantly. Olive oil’s flashpoint is between 400 and 500 degrees Fahrenheit and wouldn’t produce such thick, black smoke.

4. The Roman buildings in the episode appear as pristine white stone and marble. However, in real history, Romans painted their buildings in vivid colors. 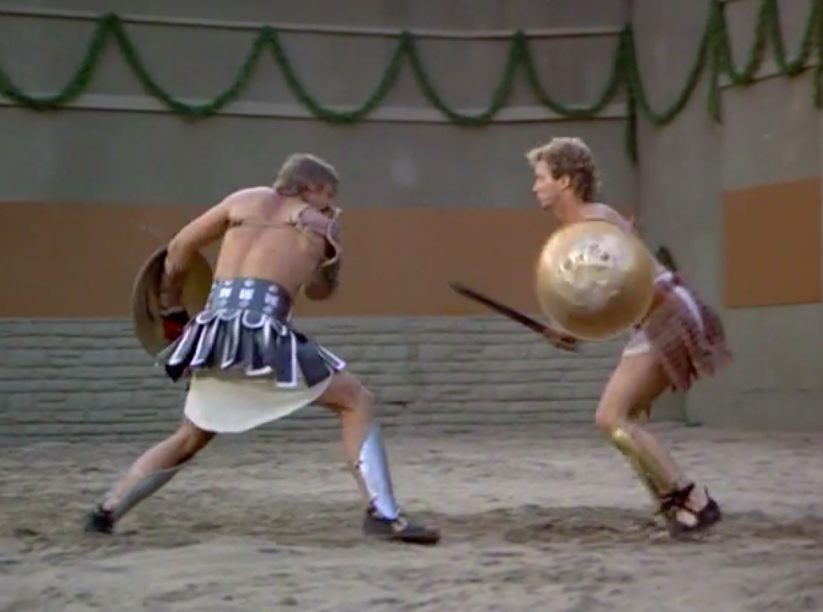 5. The stunt doubles are obvious in this episode during the Gladiator fight scenes. When Jeffrey races away in the Senator’s chariot, it is clearly Meeno’s stunt double, the 4’10 Bobby Porter, wearing a black curly wig at the helm. 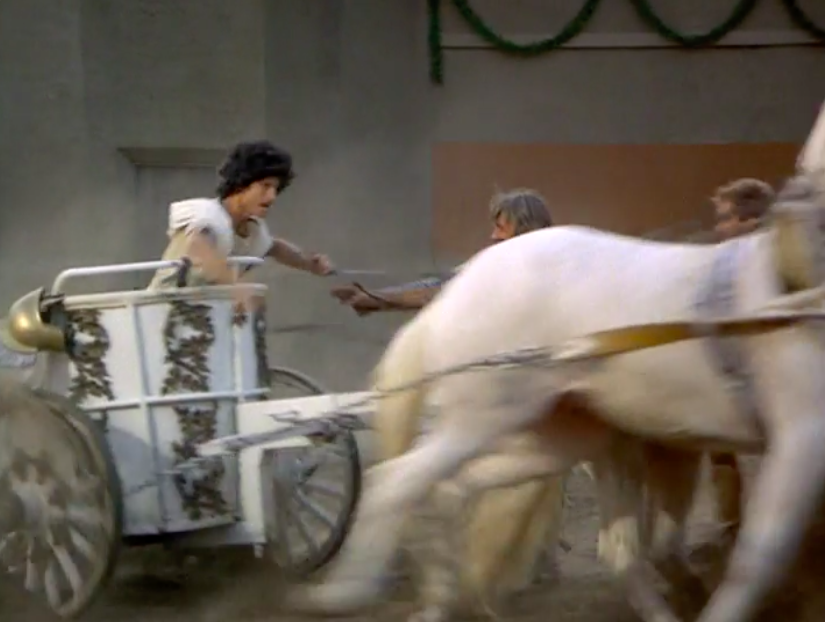 6. In “The Trial of Phineas Bogg,” One clip from this episode is shown. 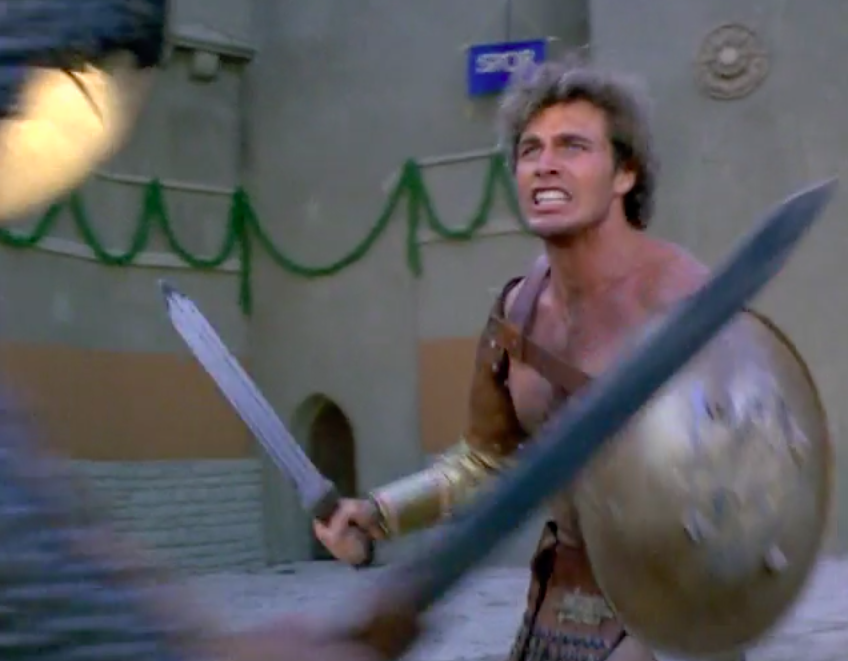 7. Ever look closely at the swords in the Gladiator scenes? They appear made of wood. Even the sound effects during the battle don’t sound like clanging steel. This trick was most likely to appease the watchdog groups that criticized the series for being too violent. 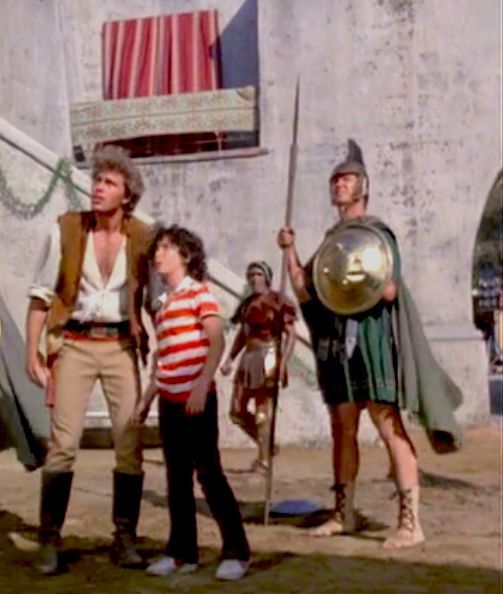 8. When Bogg and Jeffrey first land in the Gladiator ring and get shoved by the guards, look closely to the right as Bogg says, “I think they mean us.” A lighting rig and the taillight of a vehicle are slightly visible behind the arch.