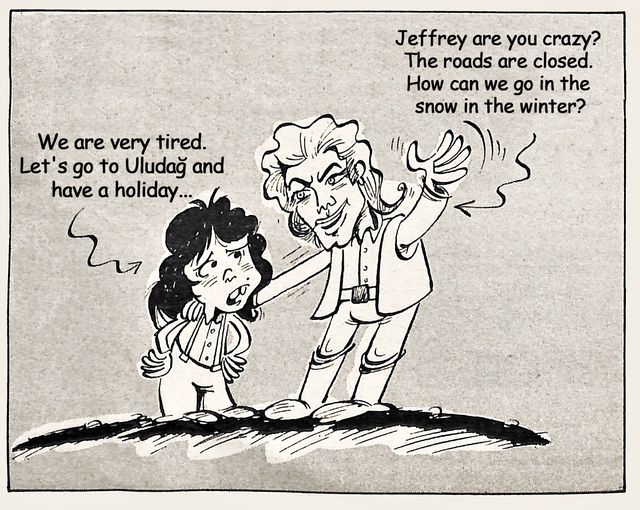 Donated by Osman Özütler: Cartoon from one of Turkey’s highest-circulation TV magazines. (Tele Magazine / 20 February 1984 / Issue 13) In the meantime, let me give some information about Uludağ mentioned in the cartoon. Uludağ is a touristic mountain located in Bursa / Turkey. It is the highest mountain in the Marmara region with 2,543 meters. It especially attracts tourist attention during winters. People go there to ski and snowboard.